Home>News>Sudan's protesters reject military rule in place of ousted Bashir
By AT editor - 11 April 2019 at 6:36 pm 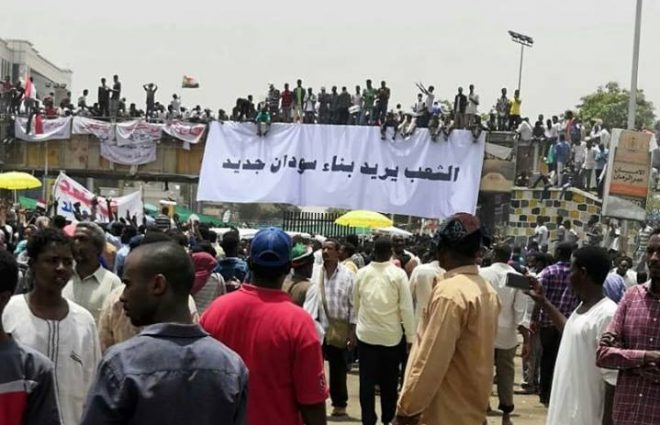 There was supposed to be a pro-government rally on Thursday in Khartoum, with President Omar al-Bashir of Sudan speaking to the crowds near the Presidential Palace in yet another counter-protest as thousands continued their demonstrations against Bashir near the Sudanese military headquarters.

Instead, the Sudanese military placed Bashir and top leaders of his ruling National Congress Party under arrest – announcing the coup on state television, and placing the country under a three-month state of emergency.

Defense Minister Achmed Awad Ibn Awf declared a two-year government under a transitional military council, with an immediate 24-hour closure of Sudanese airspace and closure of all border crossings until further notice.

The Bashir regime failed to heed its warnings despite massive and often violent youth protests since December, Awf said in a statement published in its full text by Sudanese state news agency SUNA. Dozens of people have died in those protests, which began as a response to the North African nation’s economic crisis but quickly evolved into nationwide demands to end Bashir’s 30-year rule.

“The regime’s forces (have) executed an internal, military coup d’etat, through which they reproduced the same faces and institutions that our courageous people have revolted against,” said a joint statement from the Forces of the Declaration of Freedom and Change. The coalition, which includes the Sudanese Professionals Association (SPA), said it categorically rejects Awf’s statement and transition plans.

“We invite our resilient and resourceful people to continue the revolution, through holding their sit-in positions at the Army Forces HQs in Khartoum and other main SAF posts in the provinces of Sudan, and to remain on the streets in all the towns of Sudan,” the coalition said. “We shall stand our ground on the public squares and roads” until a civilian transitional government is empowered, they said. “That is our clear and irrevocable stance: the streets never betray, and we shall meet there.”