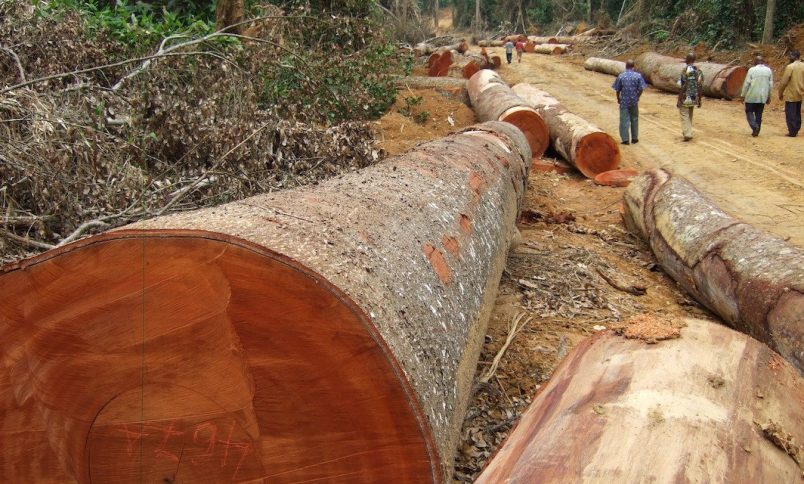 An investigative report from Global Witness accuses a high-ranking though disreputable military leader in Democratic Republic of Congo of acquiring illegally traded timber licenses in a matter of days, and then selling the associated company to a Chinese timber kingpin already operating in the country.

General Gabriel Amisi Kumba is a close associate of former president Joseph Kabila, who remains influential despite his succession by President Felix Tshisekedi in January. Amisi, sanctioned in 2016 by both the United States and European Union for human rights abuses, received the concessions despite DR Congo laws preventing them in order to protect biodiversity and environmentally-critical rainforests.

Global Witness says the country’s Minister of Environment took the licenses abruptly from other holders and transferred them to the Amisi-linked Maniema Union 2 in June 2018. That company was sold just weeks later to Lei Hua Zhang, the chairman of chairman of Wan Peng International.

“Wan Peng appears to have extensive logging and timber trading operations in DRC, however almost no trace of the company exists on official records for DRC’s timber sector or export records seen by Global Witness,” the NGO said.

Amisi and his lawyer did not provide a “substantive response” to Global Witness inquiries, the NGO added.

“This raises fears that Congolese elites close to power have been able to flout environmental regulations to make money, potentially lining the pockets of politically-connected individuals at the expense of the Congolese treasury and the country’s forests,” said Paul Jones of Global Witness.

“This is especially worrisome as DRC’s controversial elections appear to have resulted in a coalition arrangement that allows Kabila to remain highly influential in DRC politics despite not having stood for president,” he added, noting the widespread corruption linked to Kabila’s tenure.

Global Witness is calling for the timber license moratorium to prevail, and for the international community to ensure that illegal logging is prevented.