Home>News>Sarraj assesses damage after Tripoli bombing early Wednesday
By AT editor - 17 April 2019 at 5:20 am 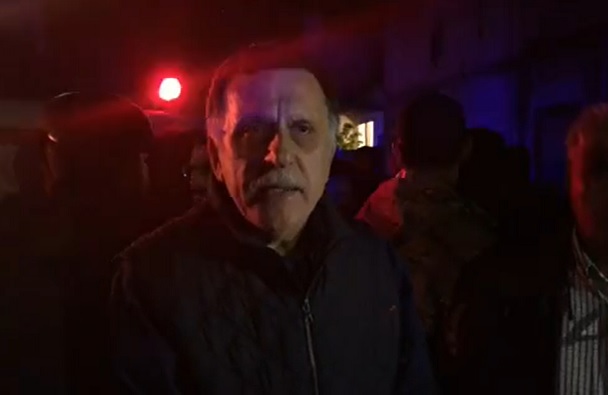 Attacks on residential neighborhoods in Tripoli continued overnight into Wednesday with new fatalities reported in Abu Salim, as the death toll continued to rise since the advance of Libyan National Army (LNA) forces led by Khalifa Haftar on April 4.

President Fayez Al-Sarraj, leader of the internationally recognized Government of National Accord (GNA) based in Tripoli, went into the shelled areas of Tripoli after midnight to check on residents. The GNA said the new bombing led to extensive damage in addition to the new deaths and injuries.

“The bombing is a deliberate targeting of the killing of civilians and the destruction of their homes, a war crime, a crime against humanity and a grave violation of the rules of international humanitarian law,” the GNA said in its statement.

Earlier Tuesday, Sarraj noted that the day was supposed to be committed to peace talks in Ghadames, a northwestern Libyan town nestled into the Algerian border. Haftar had agreed to participate but was no longer welcome, he said, noting the LNA leader’s betrayal of the process in exchange for his own quest for power.

Sarraj said that a Libya at war was not about east against west, but rather one of a democratic process leading to civilian government rather than the militarization supported by Haftar and his backers.

The World Health Organization said Tuesday that 174 people have died, including 14 civilians. WHO spokesperson Tarik Jasarevic told journalists in Geneva that several ambulances had been hit by shrapnel, and appealed for both sides to respect international humanitarian law.

Haftar has said his LNA forces, which already control much of eastern and southern Libya in support of a rival Libyan government, would not retreat in their mission to “liberate Tripoli.” That’s despite repeated calls from the international community to end the fighting.