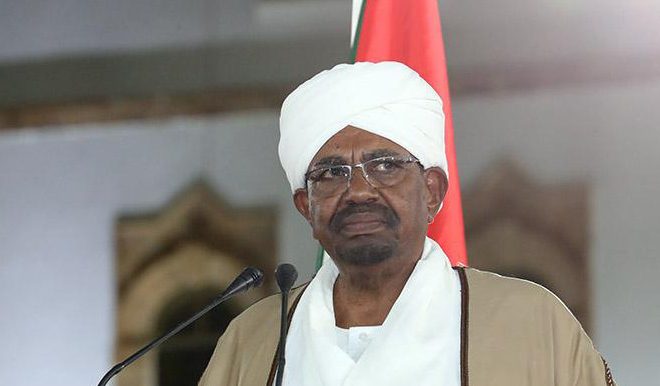 The Human Rights Watch organization is the latest to press the case for turning over the ousted Sudanese leader Omar al-Bashir to the International Criminal Court (ICC), to face charges on war crimes that date to 2009 and 2010.

The HRW appeal comes as Uganda signals that it’s open to providing asylum to Bashir, who has for years traveled to other ICC member nations – including Uganda – without being taken into custody. He is currently held in solitary confinement at the Kobar prison in Khartoum after remaining under guard since he was removed by the military one week ago.

“The news of al-Bashir’s detention adds a new twist to unfolding events in Sudan and reinforces protesters’ calls for justice and accountability,” said Jehanne Henry, associate Africa director for HRW. “ICC states parties should use all inroads in Khartoum to secure the surrender of ICC fugitives to the Hague court, and take steps to address decades of repression and abuse.”

Al-Bashir is facing charges of genocide, crimes against humanity, and war crimes based on attacks against civilians in Darfur dating back to 2002. The investigation was opened in 2005.

ICC arrest warrants for four other Sudanese suspects are outstanding. These are Ahmed Haroun, acting head of the NCP and former governor of Southern Kordofan state; Abdulraheem Mohammed Hussein, the former defense minister; Ali Kosheib, a militia leader; and Abdallah Banda Abakaer, leader of the Justice and Equality Movement (JEM), a rebel group in Darfur.

“The dramatic developments in Sudan herald new openings to do right by victims of the violent crackdowns on protests and other crimes against civilians for the last three decades,” said Henry. “The transitional military council should act on its promises by handing al-Bashir and the others facing ICC arrest warrants over to the court at once and by investigating and prosecuting other abuses.”

The next ICC hearing related to Bashir’s case is on May 6, concerning an appeal from the nation of Jordan. That country – like Uganda, an ICC member nation – was found noncompliant with its ICC obligations after failing to arrest Bashir when he visited there in 2017. Other nations where that’s been the case include Chad, South Africa and Russia.