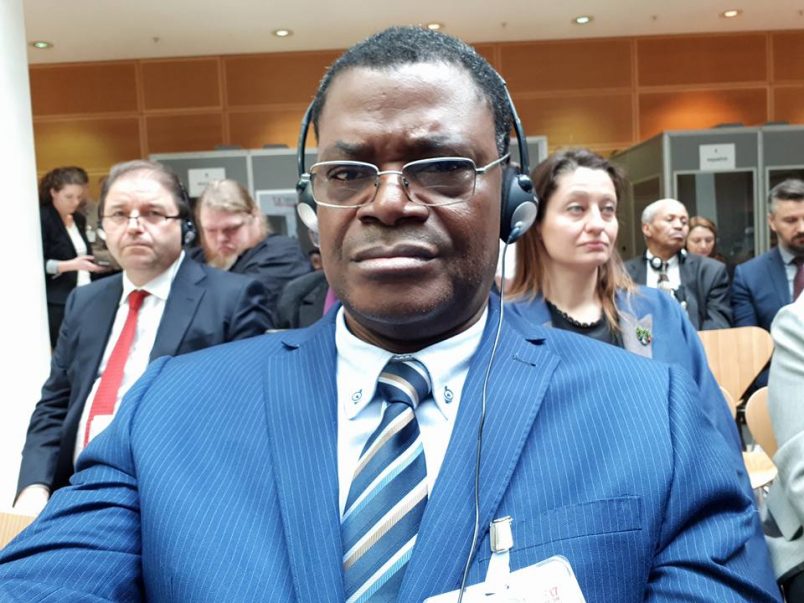 Members of the Convergence for Social Democracy (CPDS) in Equatorial Guinea continue appeals for the release of their leader, Andrés Esono Ondo, who was arrested April 11 in Chad while meeting with that nation’s opposition party, the National Union for Development and Renewal (UNDR).

They’re now getting some response from the international community.

Esono, 58, stands accused of planning a coup against the government of President Teodoro Obiang Nguema, who came to power nearly 40 years ago in his own coup. Obiang made the same claim against the forcibly dissolved Citizens for Innovation (CI) opposition party in December 2017, when its leaders were accused of conspiring with Chadians to overthrow Obiang.

CPDS says Esono was invited to speak at a UNDR meeting. He was arrested about 500 kilometers from Ndjamena, and was accused of trying to acquire weapons and terrorist fighters, the government of Equatorial Guinea said in its statement. The CPDS says Obiang has offered no evidence to substantiate the charges.

The CPDS accused both Chad and Equatorial Guinea of seeking “to annihilate their respective political oppositions” and called on the international community – specifically Spain, France, Germany, Portugal, the European Union and the United States – to advocate for Esono’s release.

“Esono was forcibly transferred to N’Djamena at night and the charges against him and for which he has been arrested remain unknown,” said Spain’s foreign affairs ministry. “As far as we are aware, he has had no access to legal defense.”

Diplomats at the U.S. Embassy in Malabo added their appeal on Thursday. “We await the release of the Secretary-General of the Convergence Party for Social Democracy, Andres Esono Ondo, from Chad,” the statement said, “and we urge the application of due process, respect for the rule of law and the implementation of multi-party democracy.