Egyptians head to the polls on Saturday to begin three days of voting on a referendum that would allow President Abdel Fattah El-Sisi to extend his current term until 2024, and remain eligible for another term that could see him in office until 2030.

The National Election Authority set the dates following this week’s earlier vote on the constitutional amendments in the Egyptian House of Representatives, which approved them by a 531-22 vote.

The referendum also includes changes that would solidify presidential power and restructure the legislature, with a third of the new senators appointed by the president. The changes include an expanded role for the military – a cause of concern for critics who fear that Egypt’s already fragile democratic space is threatened by increased powers over civilians on the basis of security priorities. 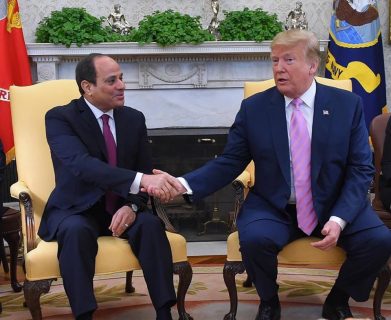 “The bogus referendum will keep Sisi in power for more than another decade, and give him even more authority to crush dissent,” said Brian Dooley of Human Rights First, which is based in New York City. “This is an historic moment for Egypt and an historic choice for the United States, as it weighs whether to continue its support for Sisi’s volatile authoritarianism.”

While the U.S. considers Egypt an ally in the fight against terrorism, the country’s human rights record remains a point of contention there and in other Western nations. President Donald Trump, who welcomed El-Sisi during a state visit 10 days ago, declined to comment specifically on the referendum but said he thought he was doing “a great job.”