Home>News>On Cameroon, EU's Mogherini urges humanitarian and human rights action
By AT editor - 20 April 2019 at 4:42 am 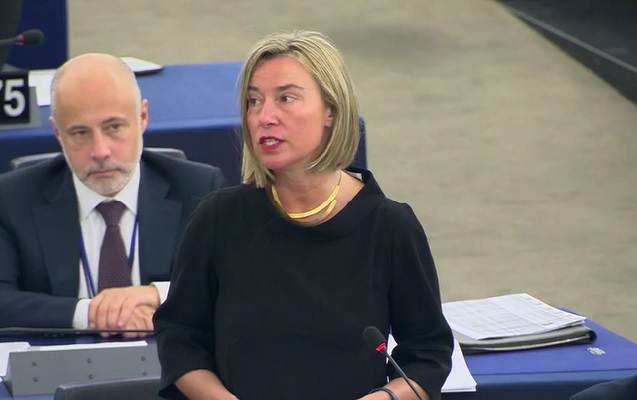 The Anglophone crisis in Cameroon must remain a priority for the European Union, particularly the need for humanitarian support for those displaced, said EU foreign affairs chief Federica Mogherini in an address to the European Parliament.

“Regrettably, unlawful killings and atrocities continue to be reported regularly, allegedly involving both the security and defense forces and separatist groups,” said Mogherini. “The humanitarian consequences of this situation are alarming, with about half a million internally displaced people and over 32,000 refugees from Cameroon registered in Nigeria.”

The EU has consistently pressed for a national dialogue to resolve escalating conflict between the government of President Paul Biya and armed separatists in the English-speaking northwest and southwest regions of Cameroon.

The EU also urged Cameroon to release political prisoners where appropriate, and said it is closely watching the cases of 47 detained Anglophone leaders and their need for a fair and transparent trial.

“On behalf of all the 28 Member States we have asked for the release of detainees against whom hard evidence cannot be produced and we asked for an immediate halt to violence, to human rights violations and hate speech,” Mogherini said.

Cameroon’s situation is made worse by Boko Haram’s presence in its far north, and in neighboring  Chad, Niger and Nigeria, she added. New refugees continue to arrive from Nigeria.

“If we consider both the Internally Displaced People and the refugees coming from Nigeria and the Central African Republic, if we consider that all together, there is about one million people in need of help,” she said. “I believe we have a humanitarian duty that we need to respond to.”

A video of the complete EU debate on Cameroon is available here.