Home>News>Uganda's Wine plans protests after latest clash with police
By AT editor - 22 April 2019 at 5:59 pm 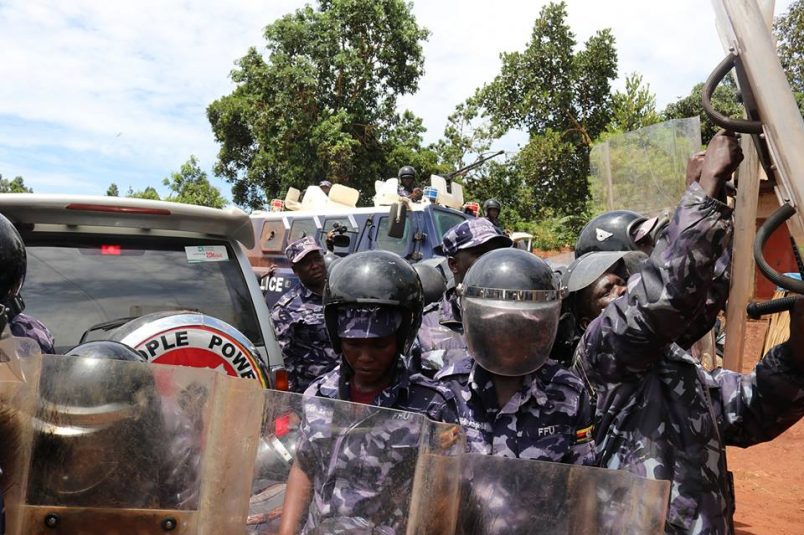 Ugandan politician and popular musician Bobi Wine was detained again Sunday after trying to hold a concert at his One Love Beach in Busabala – the latest in what he says is now 124 concerts that the government has prevented since October 2017.

The musician said he will notify police in Naguru on Tuesday of his plans to hold protests.

“We call upon all those who have been victims of police brutality, injustice and misuse of authority, as well as other well-meaning Ugandans to demonstrate peacefully against these illegalities,” he said.

Wine, an MP whose real name is Robert Kyagulanyi, has found himself in the crosshairs of President Yoweri Museveni’s government for months because of politically inspired music that’s consistent with his opposition to Museveni and his appeal to Ugandan youth.

“It is not only our music shows that have been illegally blocked,” said Wine in a lengthy statement that described this latest arrest of his supporters and the use of tear gas to disperse those gathered in Busabala. “I have been put under 24-hour surveillance as if I am a criminal. People Power activities across the country have been blocked with impunity. Several of our songs have been banned on radio and television stations.”

Tensions rose after Wine took office and spoke out against Uganda’s 2017 repeal of an age limit that allows the 74-year-old Museveni to seek another term in office, a decision that was upheld last week by the country’s highest court.

Wine’s driver was killed by police in August 2018 during political clashes, and he was severely injured while in police custody – injuries that required treatment in the United States. Wine was charged with treason in connection with the incident but remains free.

Wine further detailed other violations of democratic principles including radio station shutdowns after hosting opposition guests, the arrest of other parliament members and political activists, and attacks on journalists.