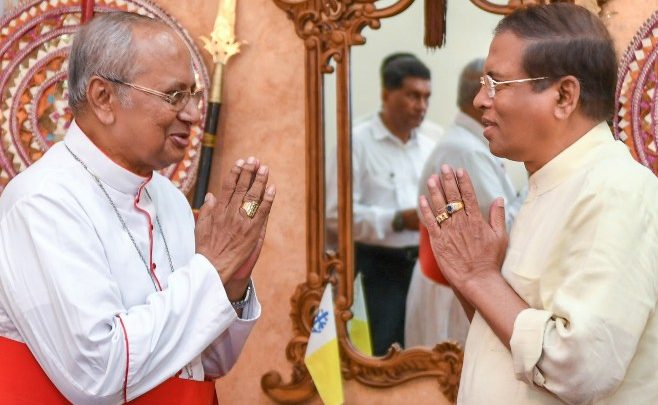 The death toll in Sri Lanka has now reached 310 people following the bombing attacks on Sunday, according to updates from the island nation government.

Among the dead are 31 foreigners, with eight from India and eight holding British citizenship. The others come from at least 11 nations, including France, the Netherlands, Portugal, Spain and Turkey.

Another 14 foreigners remain unaccounted for, the Ministry of Foreign Affairs said, while 17 are still hospitalized at the Colombo National Hospital and a second private facility.

Tuesday is a day of mourning declared by President Maithripala Sirisena, who visited Roman Catholic Archbishop Malcolm Ranjith to express his sorrow on Monday.

“Sirisena expressed his shock, deep pain and dismay over the brutal attacks on places of Catholic religious worship,” the defense ministry said. “He has given instructions to the security forces to provide security at any time it is needed to all religious leaders, including the archbishop as well as for shrines.”

Sirisena also placed the nation under a state of emergency that expands military powers, amid accusations and anger that the government knew of the terrorist plans and failed to act.

The coordinated attacks were carried out at four sites across the island nation, including three churches celebrating Easter and several hotels. While Sri Lankan authorities have made arrests in the case, there are still questions about terrorist links including ties to Islamic State.

“President Sirisena will meet the foreign ambassadors and high commissioners to brief them on the developments and seek international assistance,” the defense ministry said. “The intelligence agencies have reported that there were international organizations behind these acts of local terrorists.”

African leaders including Zimbabwe’s President Emmerson Mnangagwa were quick to respond to the Sri Lankan people. “On behalf of all the people of Zimbabwe, I would like to express solidarity with the people of Sri Lanka,” Mnangagwa said. “In the spirit of Easter, we must stand together and ensure love defeats hatred. Our thoughts and prayers are with you at this difficult time.”

“Our prayers and condolences are with the people of Sri Lanka on the horrible terrorist attacks on churches and hotels where hundreds of people have been killed and badly injured,” Chamisa said, calling on the world to unite against barbarism and savagery. “Violence and terror are tools of weak cowards.”