Home>CUTTING EDGE>Children's malaria vaccine program launches in Malawi
By AT editor - 24 April 2019 at 2:15 am 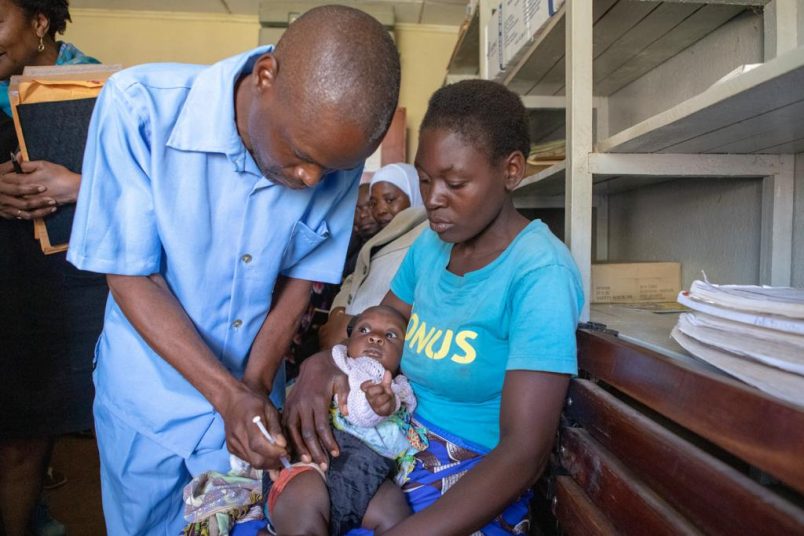 Malawi on Tuesday became the first African nation to launch a pilot program to administer the world’s first malaria vaccine to children ages 2 and under, according to the World Health Organization.

The vaccine known as RTS,S has taken 30 years to develop and so far is the only vaccine proven to significantly reduce malaria in children. In clinical trials, RTS,S prevented 4 in 10 cases, and 3 in 10 of the most severe and life-threatening cases.

Ghana and Kenya will introduce the vaccine in the coming weeks, in hopes of slowing down one of the world’s killer diseases. A child dies from malaria every two minutes, WHO said, and a quarter-million children die on the African continent from malaria every year.

“We have seen tremendous gains from bed nets and other measures to control malaria in the last 15 years, but progress has stalled and even reversed in some areas,” said WHO chief Dr. Tedros Adhanom Ghebreyesus. “We need new solutions to get the malaria response back on track, and this vaccine gives us a promising tool to get there.”

The WHO-coordinated pilot program launches in collaboration with the ministries of health of the three participating nations, and other partners, including nonprofit organization PATH and GSK, the vaccine developer and manufacturer, which is donating up to 10 million vaccine doses for this pilot.

The malaria vaccine pilot aims to reach about 360,000 children each year. Ministries of health in Malawi, Ghana and Kenya will decide where the vaccine will be given, with a focus on areas with moderate-to-high malaria transmission.