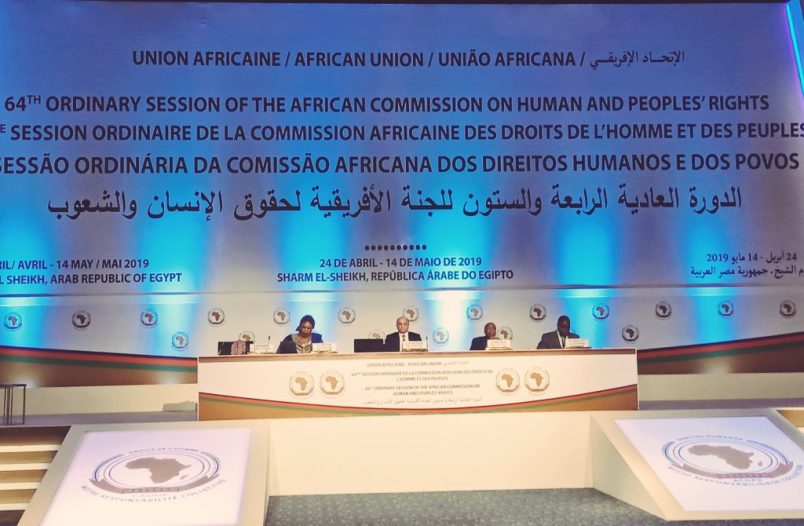 Beginning on Wednesday, Egypt is hosting a three-week human rights conference of the African Union, which currently has President Abdel Fattah al-Sisi as its leader. That’s met with criticism from activists in Egypt, Kenya, Tanzania and beyond who say the increasingly repressive nation needs to get its own house in order.

“Egypt is trying to appear like a country open for human rights delegates and sessions while, at the same time, crushing all dissenting voices and its once-vibrant human rights community,” said Michael Page of Human Rights Watch, who serves as Middle East and North Africa director. “We know that many Egyptian and international organizations are not allowed to work freely in Egypt and cannot voice concerns without severe retaliation from the government.”

Just three Egyptian rights groups plan to attend the African Commission on Human and Peoples’ Rights meeting because most of the groups fear government retaliation, HRW sources said. The Egyptian government has created obstacles for NGOs wanting to participate, including preapproval of any documents to be shared.

Many of the NGOs have been handcuffed by a restrictive 2017 law that limits their independence, but the country has not made good on a year-old promise to repeal the legislation.

The meeting in Sharm al-Sheikh comes amid Egypt’s worst human rights crisis in decades, said 15 organizations that co-signed a letter asking the commission to guarantee that all delegates be able to participate. They also pressed the commission to address the fear of reprisals from Egyptian authorities.

Egyptian human rights organization have documented the arrests of over 160 people, often in mass arrests, since February because of a crackdown on dissidents.