Home>Finance & Economics>Study: Climate change is dragging down African economic growth
By AT editor - 25 April 2019 at 5:38 am 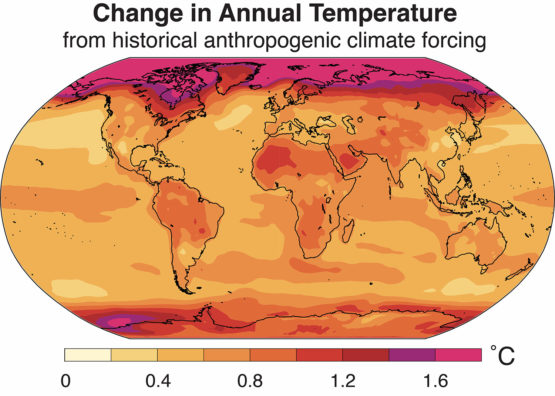 Sudan and Nigeria are among countries in the world where economic growth already has been most damaged by global warming, according to new research from Stanford University in the United States.

The research, published this week in the Proceedings of the National Academy of Science (PNAS), also listed Brazil, India and Indonesia as countries with per capita GDPs that have been dragged down by at least 25 percent when compared with what might have happened in the absence of climate change.

Those missed outcomes are hard to quantify, but Stanford climate scientist and lead author Noah Diffenbaugh, working with colleague Marshall Burke, ran sophisticated computer models to arrive at the conclusions.

The scientists looked at existing data from 165 countries for 50 years’ worth of temperature and GDP information, and then ran more than 20,000 scenarios for what each country’s annual economic growth rate could have been without global warming.

There were advantages to countries in colder climates, such as Sweden and France, where a little warming actually helped, while there were limited impacts to mid-latitude nations like China and the U.S.

But that wasn’t so for countries in tropical regions, where crop yields, worker productivity and public health are more fragile in hotter temperatures.

“For most countries, whether global warming has helped or hurt economic growth is pretty certain,” Burke said. “There’s essentially no uncertainty that (tropical nations) have been harmed.”

While the economic inequality gap between rich and poor nations has narrowed, that pace has been hampered by climate change even as it threatens further loss of gains already made.

To read more from the scientists, check the Stanford University link.