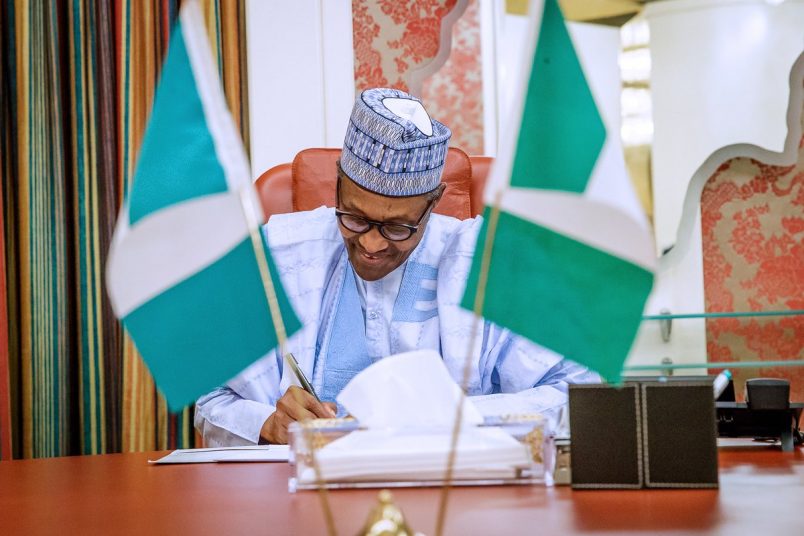 There’s already new speculation in Nigeria about President Muhammadu Buhari, who left on Thursday for a 10-day private trip to the United Kingdom – the country where he’s twice had extended visits while seeking medical care.

Buhari spokesman Femi Adesina announced the travels would follow Buhari’s visit to Nigerians in Borno state, and he’d leave from there for London. The 76-year-old Buhari is expected back on May 5.

Buhari’s health has been a sticking point among Nigerians who have watched him travel to the UK for care more than once in recent years. Last May, as he announced he’s be seeking his ultimately successful re-election, a four-day trip to London raised protests over his fitness for leadership.

In 2017, Buhari resumed his duties on August 21 after returning from a UK visit that began on May 7,  leaving Yemi Osinbajo, the Nigerian vice president, at the helm during his three-month stay. That followed an earlier visit to London from January through March 2017.

The president has been transparent about the fact that he has required medical care, but has never disclosed the nature of his illness. Adesina, speaking to Channel News in Nigeria, said people believe what they want to, but should just believe the information Buhari’s office has released.

Adesina pointed to Buhari’s vitality on the campaign trail, and noted the elections ended two months ago.

“When a man goes on a private trip, he has the right to use his time the way he deems,” Adesina said, “because he has a right to a private time. So those who want to believe it’s a medical trip, they have a right to believe it if it pleases them and if it makes them happy.”