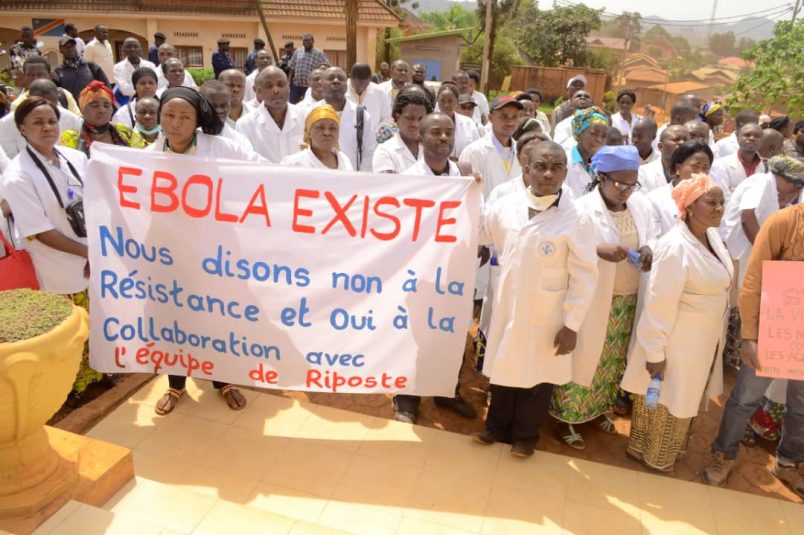 The Ebola outbreak in Democratic Republic of Congo has reached a new milestone, with the number of fatalities reaching 900, according to the Congolese Ministry of Health on Friday.

More than a third of those deaths are in Katwa, where controlling the outbreak has proven difficult and the fatalities rose to 317 – including another five community deaths, which further increases the risk of Ebola spread as opposed to deaths in the clinical setting.

The rate of new cases that aren’t linked to people already under surveillance also is adding to “the risk of geographical spread both within the Democratic Republic of the Congo and to neighboring countries,” the World Health Organization said.

Katwa accounts for 473 of the overall Ebola cases, which have risen to nearly 1,400 across what is now an expanded 24 community health zones. There are confirmed cases in all but three of those zones.

The security situation in the affected Ituri and North Kivu provinces has for months made containing the Ebola outbreak more difficult. Health workers in the volatile Butembo, where a WHO clinician from Cameroon was killed last week, took to the streets to demand their safety be assured. Congolese officials say they’ve arrested 11 armed militia members for the murder of Dr. Richard Mouzoko.

WHO said in an update Thursday that there’s been a notable increase in security incidents in both Butembo and Katwa. “To ensure the safety of all outbreak responders, Ebola response activities have been temporarily halted in some high-risk health areas until security measures can be reinforced,” WHO said.

That’s more bad news in an already dire situation, as the Ebola outbreak that began in August shows no signs of abating and every indication that it has the potential to explode.