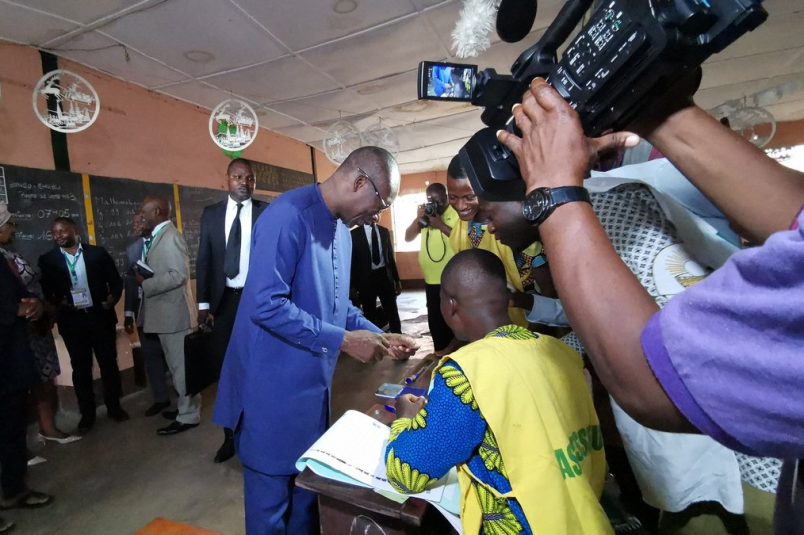 Legislative elections in Benin were held Sunday without opposition party participation – and without Internet access, after the government shut it down during the day.

“The decision to shut down access to the Internet and social media on an election day is a blunt violation of the right to freedom of expression,” said François Patuel, a researcher for Amnesty International in West Africa. “It is effectively silencing human rights defenders, journalists and bloggers who are monitoring contested parliamentary elections without opposition candidates.”

The rights group previously warned that Benin under President Patrice Talon was cracking down on political activists and journalists, leading to arrests and at least one death during protests. The outcry came after the country’s electoral commission permitted only two political parties, both of them aligned with Talon, to stand for election.

Opposition leaders called for boycotts at the polls, and observers said turnout was suppressed as many Beninese stayed away. While the voting was largely peaceful, RFI reported some incidents in Tchaourou, Tourou and Parakou, including burned ballots and election workers asking for police protection.

“Since the beginning of the year, at least five Internet shutdowns have been documented in sub-Saharan Africa, including in Chad, Democratic Republic of Congo, Gabon, Mali and Zimbabwe,” said Amnesty, noting that digital rights are protected by international agreement and the African Union’s human rights arm.