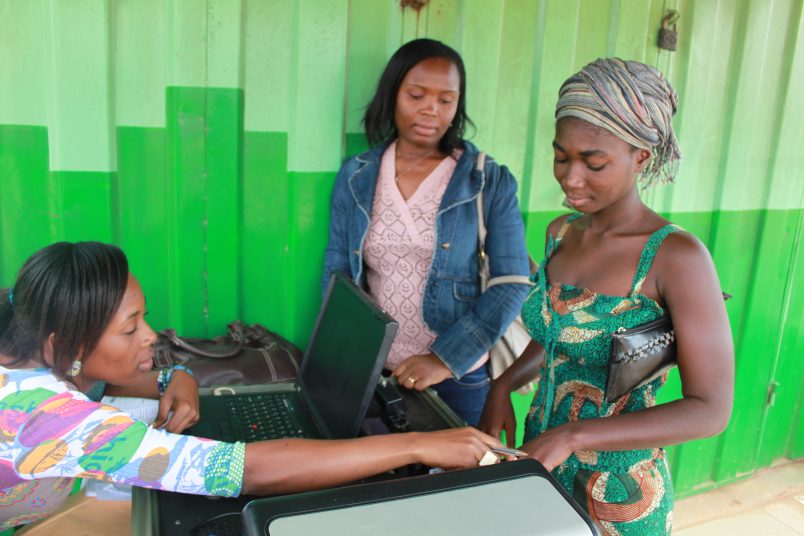 Ghanaians in Accra began on Monday to register for the country’s new Ghana Card, the biometric identification system long promised by President Nana Akufo Addo and supervised by the National Identification Authority.

People reported to their designated registration centers, but some discovered they were unable to complete their registrations because they lacked the necessary documents, according to local media accounts.

The opposition National Democratic Congress party – looking ahead to 2020 presidential elections, and led by candidate and former president John Dramani Mahama – has complained since last year that many Ghanaians don’t have a birth certificate or passport needed to register for the Ghana Card. Their voter ID cards are no longer accepted, along with baptismal certificates and other identity documents.

One man said he wasn’t able to register because he doesn’t have a numerical street address, which is also a requirement. Those barriers have led the NDC to accuse Akufo Addo and his New Patriotic Party (NPP), throughout the two-year development process, of using the Ghana Card project to disenfranchise voters. The card is designed to be the primary ID for voting as well as all other purposes in the nation.

The NIA has registered 498,021 people in three districts previously, including Adentan-Madina, La-Nkwantanang and Ga East. A total of 450,937 cards have been issued.

Ghanaian citizens living abroad, dual citizens and permanent foreign residents also are eligible for and expected to get the required ID.

Akufo Addo was the first to receive a card in October 2017, followed by other Ghanaian officials. The required in-person registration in Accra is expected to continue into July and then extend into other parts of the country.