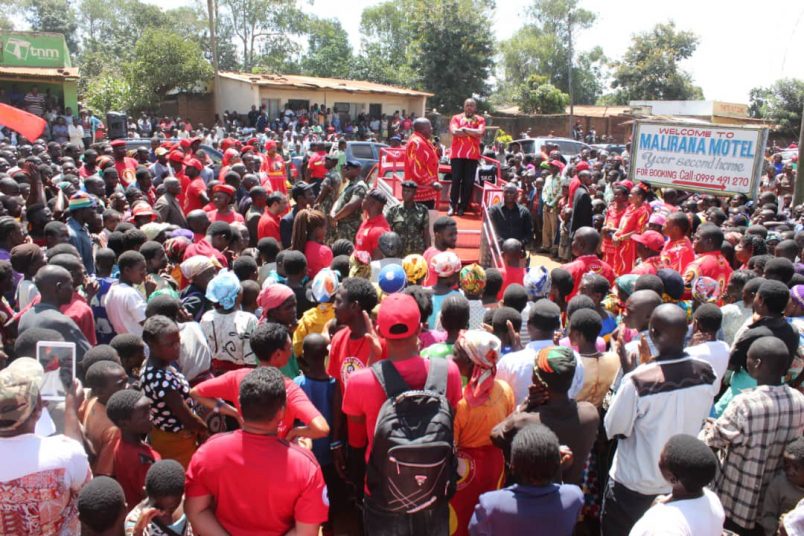 It may seem a minor offense at the moment, but in the run-up to Malawi’s May 21 presidential election, officials in Karonga in the country’s north are urging calm after someone tore down a campaign billboard promoting United Transformation Movement (UTM) party candidate Saulos Chilima.

The giant billboard was placed prominently next to one featuring incumbent President Peter Mutharika, the Democratic Progressive Party (DPP) candidate. They were placed side by side for one week until someone ripped the entire Chilima board down on Sunday night.

A UTM official told Nyasa Times the party will appeal to local authorities because the incident raises “fear for escalation of political violence ahead.” Karonga was a hotspot of electoral violence during the 2014 elections, earning it the sad nickname of “Benghazi” after the Libyan city, and where incidents of political violence began in 2009.

The billboard incident follows a report Sunday that Malawi’s Public Affairs Committee is investigating allegations of election rigging that are coming from both Mutharika and Chilima. Their public comments may incite further violence if not addressed by the Malawi Electoral Commission.

There have been reports of beating attacks between feuding political parties, and a shouting match between DPP members and supporters of Lazarus Chakwera, the Malawi Congress Party (MCP) candidate, interrupted the campaign season kickoff ceremonies last month. Recent attacks on vehicles linked to Mutharika’s campaign shocked officials in Lilongwe, where five people were arrested in attacks the DPP blamed on MCP voters.

A UTM official said he was assaulted by DPP supporters on March 31 when he tried to prevent them from removing UTM campaign flags placed along the highway in Nsanje. He expressed concerns that the police were not taking his complaint seriously enough, a charge the authorities denied.