Home>News>UN genocide expert: 'Big massacres start always with small actions and language'
By AT editor - 2 May 2019 at 2:11 am 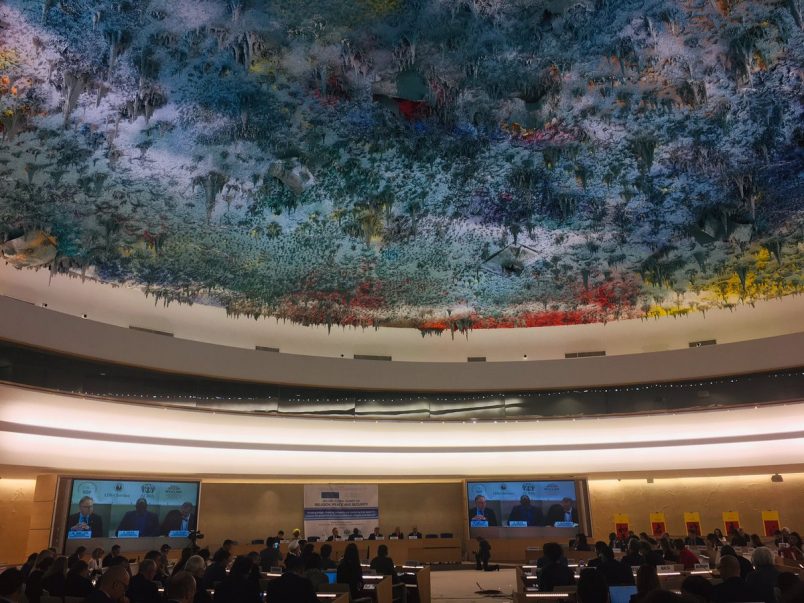 Adama Dieng of Senegal, the United Nations Special Adviser on the Prevention of Genocide, called on world leaders across the political spectrum to avoid cultivating a culture that tolerates hate speech and violent extremism.

“Big massacres start always with small actions and language,” said Dieng, who has served in his role since 2012 after working as registrar of the International Criminal Tribunal for Rwanda in the wake of the 1994 genocide.

Dieng’s remarks focused on attacks on religious institutions, which have been on the rise in places as diverse as Sri Lanka, New Zealand, Burkina Faso and the United States. He spoke as the UN just wrapped up the Second Global Summit on Religion, Peace and Security in Geneva.

The summit comes as the world grapples with growing economic and social inequality in a time of division that leaves religious minorities, and migrants and refugees, increasingly vulnerable to hate speech and hate crimes.

“This is particularly apparent in contexts where ultra-nationalist parties are ruling or emerging. In these contexts, the use of hate speech, scapegoating or “othering” is widespread along with calls for the implementation of laws and policies that discriminate against specific identity groups,” the UN summit statement said.  “Common fears are manipulated while prejudice, bigotry and intolerance grow.”

Dieng called on more moderate global leaders to act against hate speech and incitement, and to avoid falling into the same patterns of political opportunism themselves.