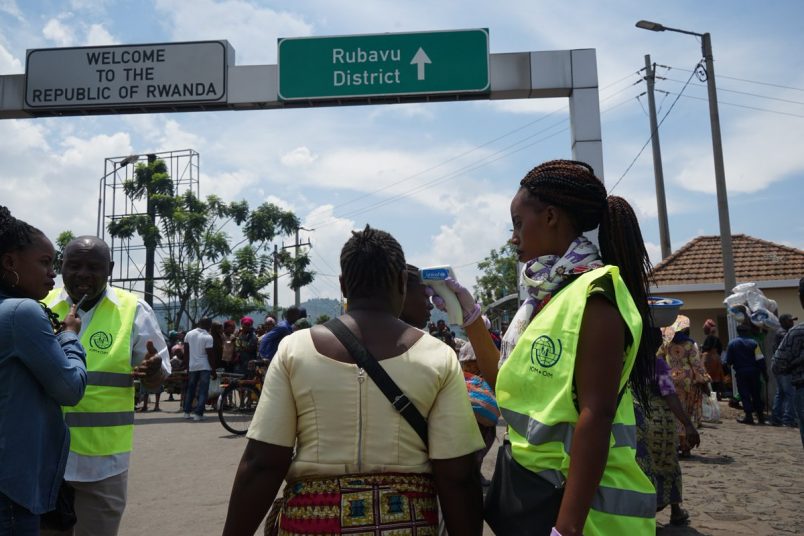 The Ebola outbreak in Democratic Republic of Congo has reached a new milestone, as the number of fatalities reached 1,008 people, according to the Congolese Ministry of Health on Friday. The death toll rose by a sobering 108 victims in a single week.

“The frequent armed attacks disrupt our operations,” explained WHO Director General Tedros Adhanom Ghebreyesus. “When operations are disrupted, the Ebola virus gets a free ride.”

More than a third of those deaths are in Katwa, where controlling the outbreak has proven difficult and the fatalities rose to 357 – including another two community deaths, which further increases the risk of Ebola spread as opposed to deaths in the carefully monitored clinical setting.

Katwa accounts for 523 of the overall Ebola cases, which have risen to 1,529 across what is now 24 community health zones. There are confirmed cases in all but three of those zones.

The confirmed case total in Butembo went up by 20 since last Friday, bringing the total to 151. At Mandima, another hotspot, cases went from 87 to 101, all but three confirmed, in the same week. That spike demonstrates the consequences of the security situation in the affected Ituri and North Kivu provinces, which has for months made containing the Ebola outbreak dangerous and difficult.

Health workers in the volatile Butembo, where a WHO clinician from Cameroon was killed on April 19, have taken to the streets to demand their safety be assured. Congolese officials said they arrested 11 armed militia members for the murder of Dr. Richard Mouzoko, whose funeral services will be held Saturday with Tedros on hand.

Tedros, speaking to the journal Nature in an interview published Thursday, expressed deep concerns over the Ebola crisis.

“The world has never seen anything like this. It is very complicated,” Tedros said. “There are some lessons we can apply from the (West African) Ebola outbreak from 2014 to 2016, but not all, because this is very different, with armed conflict that has been there for decades now, and the overlap with the election. It’s a perfect storm.”

Tedros was referring to the DR Congo’s presidential elections held in December, which followed more than two years of delays after former President Joseph Kabila refused to step down. When elections were finally held, some 1.2 million voters, including those in Ebola hotspots Beni and Butembo, were excluded from participating.

CENI, the Congolese electoral commission, said the decision was because of the Ebola outbreak and ongoing community violence, but angry voters felt disenfranchised. Many in the eastern provinces supported Martin Fayulu, the Engagement Pour La Citoyenneté et Le Développement (ECiDé) candidate who many observers believe was the real victor. President Felix Tshisekedi was inaugurated instead, under circumstances that appeared to involve Kabila’s influence and continue to be politically divisive in the new administration.

The political context led some in the Ebola zones of Ituri and North Kivu to believe that Ebola was merely an excuse for maintaining political control in an area near the Uganda border where armed groups have held sway for years. The decades of violent history and the community mistrust have made it all the more difficult for health workers to control the spread of the deadly disease – and it has cost some of them their lives.

Fears for Ebola spread in DR Congo and beyond

“We met with business leaders, political leaders, religious leaders, traditional leaders and government officials,” Tedros told Nature. “We have been pushing the message that fighting Ebola should have a bipartisan approach. The first goal is to get political leaders to be honest and help communities instead of fueling attacks. The majority of people want to be cooperative.”

Unfortunately, that’s not yet the reality. WHO said in an update Thursday that there’s been a notable increase in security incidents in both Butembo and Katwa, but the problem extends beyond there. “While no significant injuries or damages are reported this week, access and activities in parts of Mandima, Masereka, Kalunguta and Vuhovi remain irregular due to the presence of armed groups and other security concerns,” the report said.

Because of the chronic insecurity in eastern DR Congo, it’s common for the population to cross borders into neighboring countries. That’s always risky, but it’s a crisis in the context of Ebola transmission and the potential to spread the virus to Uganda, South Sudan, Rwanda and other countries. No cases have been confirmed yet, but health officials maintain their guard especially in Goma, a heavily traveled border city.

WHO officials said the current Ebola outbreak, the world’s worst with the exception of the West African outbreak, also creates new risks because it has gone on since last August with no end in sight. That leaves health workers and emergency teams already at high risk for Ebola exposure suffering from fatigue, and it puts a strain on the limited resources available to mount the response. Even as they do, there’s no end in sight.