Home>In Depth>Shifting international sands over Haftar and the battle for Tripoli
By AT editor - 3 May 2019 at 4:42 am 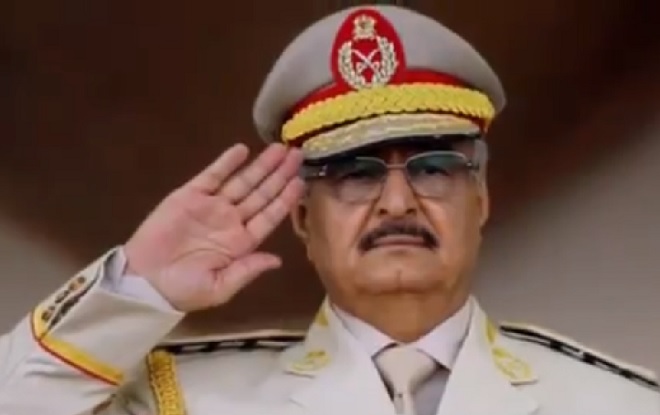 Fayez Al-Sarraj, head of the Government of National Accord (GNA) in Libya, met Thursday with Ghassan Salamé, the Special Representative of the UN Secretary-General and Head of the UN Support Mission in Libya (UNSMIL) to discuss the ongoing conflict over Tripoli.

The meeting comes as the death toll in Libya has risen to 376, with another 1,822 injured since Khalifa Haftar and his Libyan National Army advanced on the city, according to the World Health Organization’s Eastern Mediterranean Regional Office (EMRO). There’s no evidence that the fight is slowing down as its consequences ripple into regional geopolitics and the wider global community.

“Our operations are continuing and our air force is working on destroying armed militias and terrorist group combat capabilities,” the LNA spokesman said earlier this week. For his part, Sarraj told Salamé that he is not ready to discuss a ceasefire until the LNA has withdrawn.

Salamé again condemned military attacks on civilians and insisted they are violations of international law, a GNA statement said. He stressed the need to return to Libya’s national dialogue, and said “every effort was being made to find a united international position to end the war.” That unity remains elusive. Sarraj said he has expected more from the international community and UN Security Council, according to a Reuters report.

Confusion over the U.S. position

The battles in Tripoli are a flashpoint for regional politics and international power, extending beyond neighboring Egypt and its Haftar loyalties to the Gulf, and adding to the tension in Europe over what role France and Italy have played in Libya’s latest developments. There’s a question mark on United States policy, because President Donald Trump has affirmed support for Haftar even as the official U.S. stance is to align with the UN and Europe in support for the GNA.

New reports indicate the GNA signed a USD$2 million contract with Mercury Public Affairs, a U.S. lobbying firm, on April 25 – just a week after the news of Trump’s conversation with Haftar came out. In its required filing to act on behalf of a foreign government, Mercury lists the GNA as client and its intent to lobby the U.S. Congress “and the executive branch” on behalf of that client.

The United States military says it has not returned to Libya, despite rumors that U.S. forces were headed back to Tripoli and Misrata. “This is not accurate,” said AFRICOM in response to those rumors on Wednesday. “As released on April 7, a contingent of U.S. forces supporting U.S. Africa Command temporarily relocated from Libya in response to security conditions on the ground.”

The April 7 decision was made because of the increasing instability in Libya following the LNA advance on Tripoli a month ago. AFRICOM will “continue to monitor conditions on the ground in Libya, and assess the feasibility for renewed U.S. military presence, as appropriate,” a spokesman said.

“The security realities on the ground in Libya are growing increasingly complex and unpredictable,” said U.S. Marine Corps Gen. Thomas Waldhauser, commander for the U.S. Africa Command (AFRICOM). “Even with an adjustment of the force, we will continue to remain agile in support of existing U.S. strategy.”

Shifts in the international community

Haftar and the LNA have claimed much of the Libyan territory in the south and the east, where Haftar and the rival government in Tobruk are based and border a Haftar-friendly Egypt. They steadfastly maintain they are fighting against terrorists in Tripoli, and said this week that they’re battling al Qaeda. It’s long been Haftar’s view that only the military can defeat terrorism in a lawless Libya – as he successfully did in 2018, when the LNA recaptured Derna, the last Islamic State stronghold to fall.

Haftar’s bold move in announcing his advance on Tripoli, just as the UN Secretary General was visiting, flies in the face of Sarraj’s view that a civilian government and democratic process are the only ways to move forward in keeping with the UN vision and international agreement. Both men agreed to long-delayed elections, with Sarraj now accusing Haftar of betraying the process. Yet like the U.S., others in the international community appear to be affirming Haftar’s strategy while technically backing Sarraj.

France – long suspected of supporting the strongman with one hand while cultivating the diplomatic approach with the other – finds itself at odds with the European Union and member states aligned with the UN process. Italy has rivaled France for influence in Libya and accuses its government of supporting Haftar, who last September called Italy “an enemy” for supporting the GNA and its Presidency Council.

Yet if there’s confusion in the west, there is certain support for Haftar in the east. Egypt’s President Abdel Fattah El-Sisi met with Haftar in Cairo on Easter Sunday, affirming Egypt’s commitment to Haftar despite statements affirming diplomacy instead.  The Saudis support Haftar, and the United Arab Emirates, also LNA backers, echoed on Thursday the LNA’s position that it is fighting extremists – a charge that drew predictably angry responses from GNA leaders.

Russia denies it supports the LNA, but blocked a UN Security Council statement that held Haftar responsible and demanded he stop the advance on Tripoli. A high-ranking Haftar aide visited Moscow last week. Now the LNA is accusing Turkey of sponsoring terrorism, deepening the diplomatic conflict and adding ever-widening circles of concern over a Libyan tragedy that is fast consuming the world.