Home>News>ANC celebrates election win as Ramaphosa promises a fresh start
By AT editor - 12 May 2019 at 9:54 pm 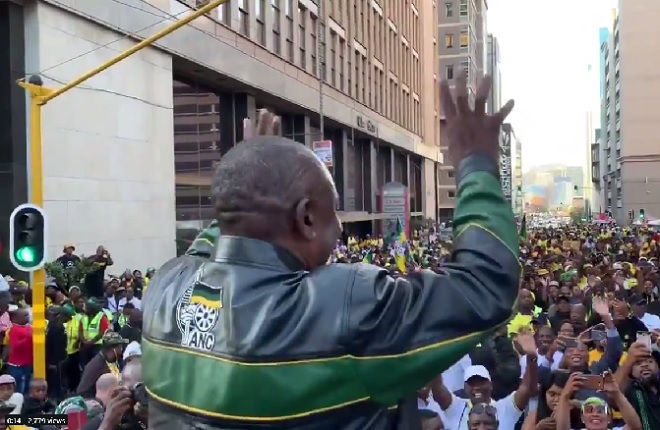 The African National Congress (ANC) celebrated in the streets on Sunday after pulling in 57.5 percent of the support in last week’s legislative election, down from previous years but still enough to protect the ANC’s long-standing majority.

President Cyril Ramaphosa led the celebrations outside ANC headquarters in Johannesburg, promising that the ANC was going to do things differently moving forward and the days of state capture and corruption are in the past.

“We have a clear mandate and we are going to do what our people want us to do,” he said. The ANC head stressed jobs, employment and housing as priorities of the administration moving forward, in response to the needs expressed by South Africans during the campaign.

The Democratic Alliance (DA), a main opposition party, received 20.8 percent of the vote while the Economic Freedom Fighters (EFF) claimed 10.8 percent. The rest of the vote was split across nearly four dozen other parties, most of them with less than one percent.

The DA, led by Mmusi Maimane, said it was pleased to see the ANC support drop from 62.2 percent in 2014 and the nearly 70 percent it held 10 years earlier, but it also saw its own popularity waning. The result was disappointing, the DA said.

“We will reflect and evaluate the reasons for this and make the necessary changes,” said Maimane in a statement. “Let me be clear. The DA will continue to hold the constitutional line. We will continue to fight for the rule of law and for a market-driven economy. We will never give up working for a united, prosperous South Africa.”

Complete results of South Africa’s elections are available at this link.