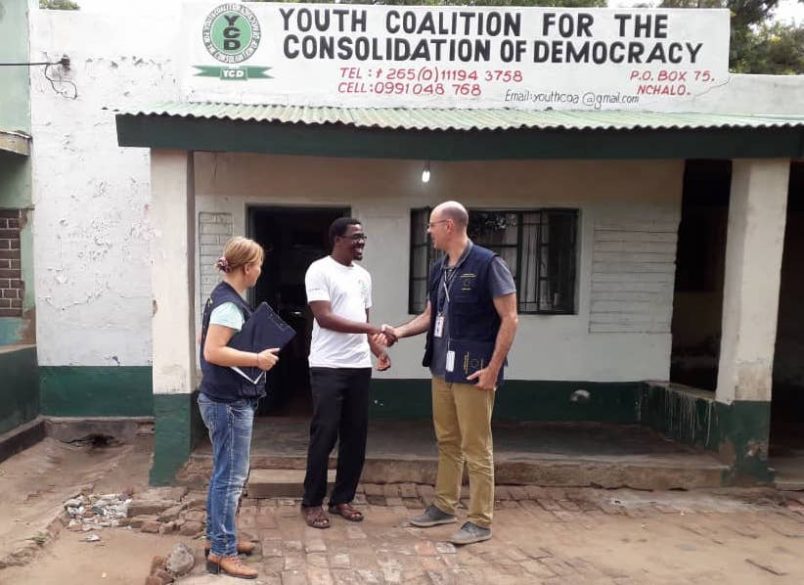 Two members of the European Union’s election observation mission in Malawi became crime victims early Sunday after a robbery where the team was staying.

The EU observers, in Malawi ahead of the country’s May 21 presidential election, said the incident happened overnight in Chikwawa, about 50 kilometers southwest of Blantyre.

“We can confirm that one of our observer teams was the victim of a robbery at their accommodation, and some money and personal items were stolen,” the EU mission said in a statement.

“One of the team members sustained some injuries which have now been treated and he has been discharged from hospital,” they added. “Both of the affected observers are in Blantyre for the time-being.”

Malawi Police Services is investigating the incident. The EU team said the election observation mission continues without change, and apart from this robbery there have been no other such incidents while they’ve been in the country.

Elsewhere, a surprise cancellation of President Peter Mutharika’s campaign events on Sunday sparked rumors over his health. An official statement from the presidency was vague, explaining the whistle-stop tours in the Salima and Dedza areas were postponed because of “other urgent matters that have to be done” by the president.

That prompted speculation from the opposition Malawi Congress Party that Mutharika, now 78, had canceled his appearances because of fatigue, indicating a lack of fitness needed to serve a second term.

MCP candidate Lazarus Chakwera continued his campaign with just nine days to go before voters head to the polls. Also among those facing off against Mutharika is United Transformation Movement (UTM) party candidate Saulos Chilima.