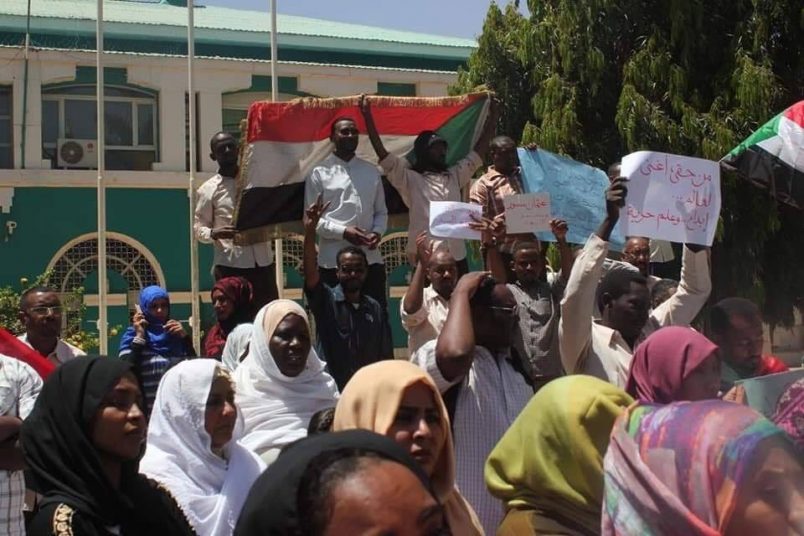 The Transitional Military Council (TMC) in Sudan said Sunday that it will not break up the main sit-in protests at military headquarters in Khartoum, but it will enforce order in other parts of the city.

The announcement via the state’s Sudan News Agency was meant to counter rumors that defense forces were coming to end the sit-in, which has continued for weeks as Sudanese activists continue negotiations with military leaders on how to move forward since the April 11 ouster of former president Omar al Bashir.

The military said it is focused on other areas of the city, where groups have attempted to block roads and staged other protests. Their response came as workers at the country’s electricity company declared a general strike in the aftermath of altercations with police during protest marches Sunday.

The power workers’ strike was meant to demand answers on why Khartoum has seen frequent power cuts in recent days, according to Sudanese activists. Residents joined them in the protests, which were broken up by police using tear gas. Also on strike were water utility and cement factory workers, while the Sudanese Professional Association said hospital lab technicians also joined in Sunday’s action.

Some in Khartoum said they worried about extensive power outages overnight as the power workers walked off the job.

Sudanese activists continue to press for transition to a civilian government, while the military council has resisted the effort across the past month. Thousands of protesters in Khartoum say they refuse to leave until they’ve succeeded.