Home>News>Amnesty calls on Tshisekedi to establish a government free of human rights violators
By AT editor - 14 May 2019 at 5:11 am 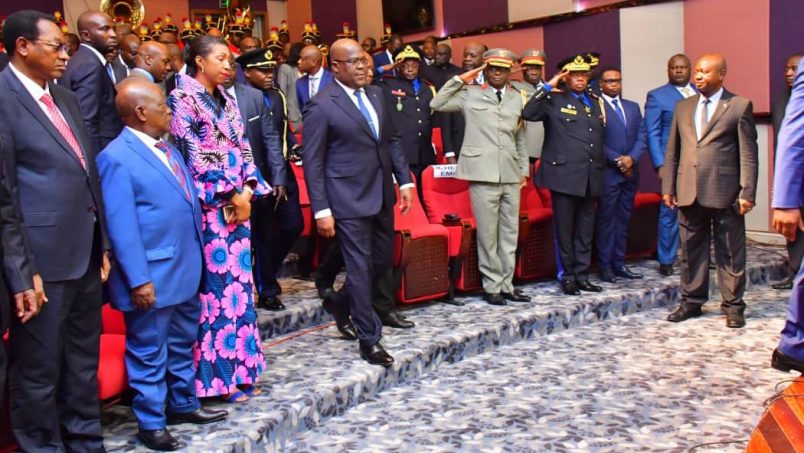 Amnesty International is calling on President Felix Tshisekedi to ensure that as he establishes his government in the Democratic Republic of Congo, there will be no place in leadership for anyone suspected of human rights violations.

The appeal comes as Tshisekedi has been marking his “first 100 days in office.” He was inaugurated following long-delayed and bitterly contested elections in December, and has not yet appointed a new cabinet and government ministers while navigating the shifting Congolese political alliances.

On Monday, the new president addressed the country’s governors and warned them that “the time for impunity is over” and public servants in DR Congo must serve the people and not themselves.

Yet Tshisekedi’s CAP for Change (CACH) formed a coalition earlier this year with former president Joseph Kabila and his Common Front for the Congo (FCC), which remains in control of the country’s legislature and provincial governance. That’s led many Congolese to believe Kabila is still calling the shots.

“The new president has led positive changes since taking office in January, including releasing detainees, ending the ban on protests and political rallies, and letting exiled opposition leaders back into the country,” said Joan Nyanyuki, Amnesty International’s Director for East Africa, the Horn and the Great Lakes.

“But he must not appoint people suspected of involvement in human rights violations to serve in his government and any other state institution, including the army, police and the national intelligence agency, because they are likely to hinder or cover up investigations into their role in such crimes.”

Amnesty International said all Congolese individuals suspected to have been responsible for, or complicit in, human rights violations need to be investigated and held to account.