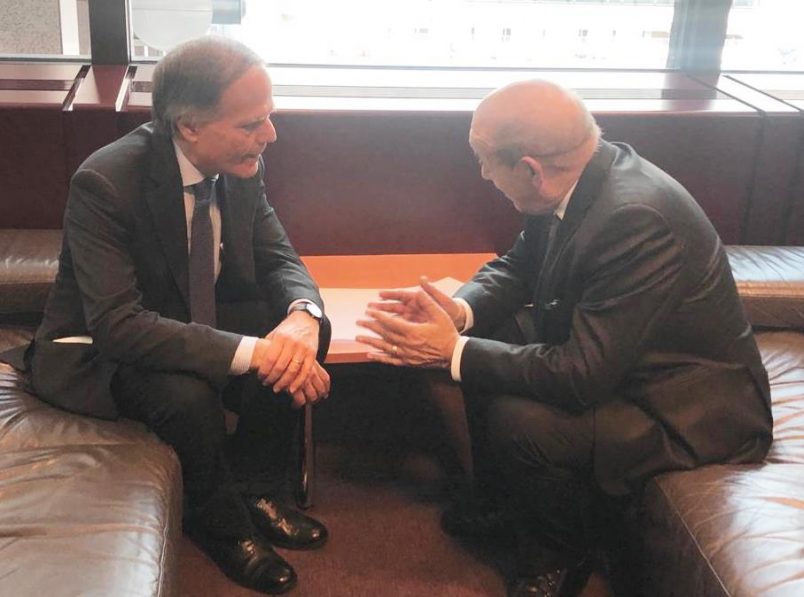 The European Union has called for a ceasefire in Libya, and reaffirmed its support for the United Nations process and the work of the Special Representative of the Secretary-General (SRSG) Ghassan Salamé.

“The EU is deeply concerned at the loss of human life, the growing number of internally displaced persons and the impact on migration flows,” it said in a statement following Monday’s EU Foreign Affairs Council meeting.

The EU also said that the Libyan National Army (LNA) attack on Tripoli, ordered by LNA leader Khalifa Haftar on April 4, adds to the terror threat in Libya while threatening international peace and security.

So far 454 people have died and another 2,154 are injured, according to WHO Libya.

“The EU calls on all parties to immediately implement a ceasefire and to engage with the United Nations to ensure a full and comprehensive cessation of hostilities,” the statement said. “It also calls on them to dissociate themselves both publicly and on the ground from terrorist and criminal elements involved in the fighting, and from those suspected of war crimes, including individuals listed by the UN Security Council.”

The EU council urged a return to agreements negotiated across the past year in support of a political solution, including meetings in France, Italy and the United Arab Emirates.

France’s foreign minister Jean-Yves Le Drian, above, attended the meeting to discuss Libya and issued a joint statement with his Italian counterpart, Enzo Moavero Milanesi, that was consistent with the EU position.

Le Drian said President Emmanuel Macron, who met last week with Fayez Al-Sarraj, head of the Presidential Council for the Government of National Accord (GNA) in Libya, also wishes to meet with Haftar, according to Reuters. There was no additional detail on when that meeting might occur.

Global piracy down, but Gulf of Guinea sees a spike