Home>LEADERS & COMPANIES>African doctors named for Hideyo Noguchi Africa Prize
By AT editor - 15 May 2019 at 11:49 pm 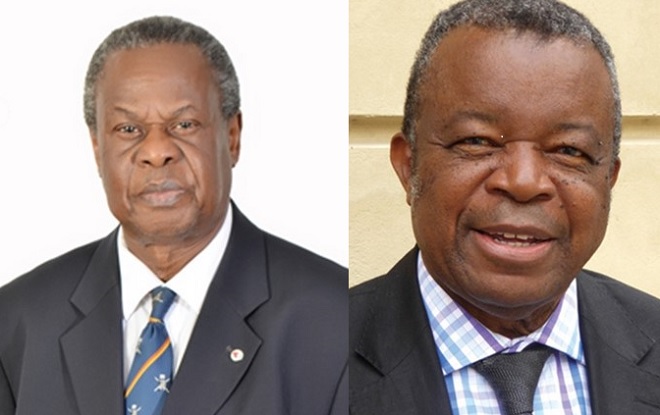 Two doctors, one working in Uganda and the other in Democratic Republic of Congo, have been named as this year’s recipients of the Hideyo Noguchi Africa Prize.

The award established by the Japanese government honors people and organizations dedicated to research and medical advances that fight disease in Africa.

Dr. Jean-Jacques Muyembe-Tamfum, right, director of the National Institute of Biomedical Research (INRB) and a professor at University of Kinshasa, will receive the medical research prize. Muyembe-Tamfum, 77, has dedicated four decades of his professional life to understanding the Ebola virus he first helped to discover in his country in 1976. A current outbreak has claimed more than 1,100 lives in the eastern Ituri and North Kivu provinces of DR Congo.

Muyembe-Tamfum has trained more than 1,000 researchers at University of Kinshasa, and his expertise extends to other diseases including tuberculosis.

Also receiving the Hideyo Noguchi Africa Prize is Dr. Francis Gervase Omaswa, the executive director of the African Center for Global Health and Social Transformation (ACHEST) in Kampala. Japanese officials awarded the prize to Omaswa for “his dedication to addressing the global health workforce crisis including education, training, retention and migration of healthcare workers and for building pro-people health and medical systems not only across Africa, but worldwide.”

The Hideyo Noguchi Africa Prize includes an honorarium of 100 million yen (USD$912,600) from the Japanese government.