Home>CUTTING EDGE>Scientists look for answers as Mayotte quake swarm marks 1-year milestone
By AT editor - 15 May 2019 at 1:07 am 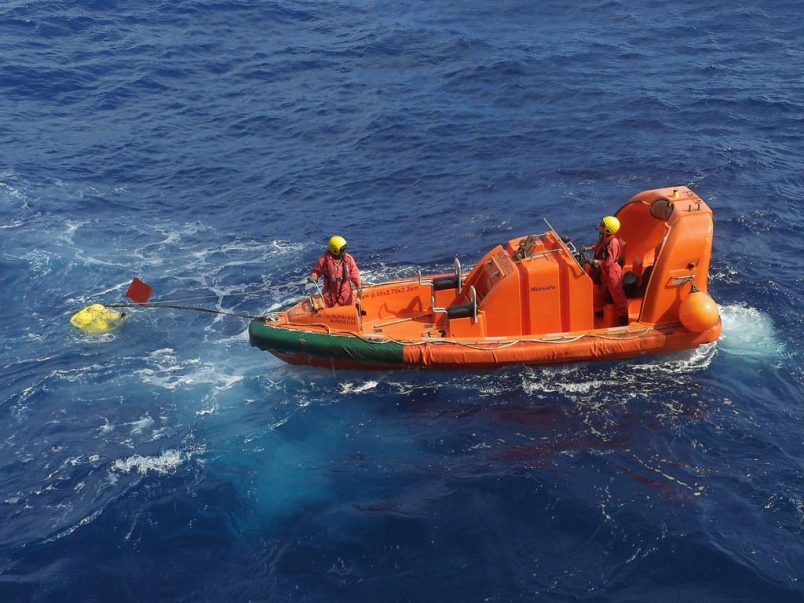 The Indian Ocean island of Mayotte is marking a one-year anniversary of an unusual earthquake swarm – and it does so as another 5.0-magnitude earthquake struck early Tuesday, the largest since April 5.

The swarm began on May 10, 2018, leading to hundreds and hundreds of earthquakes since then. A magnitude-5.8 earthquake, the largest ever recorded in the Comoros basin, struck just off the coast five days later. Mayotte is part of the Comoros group of islands but remains a French territory, located at the northern edge of the Mozambique Channel between the southern African mainland and Madagascar. 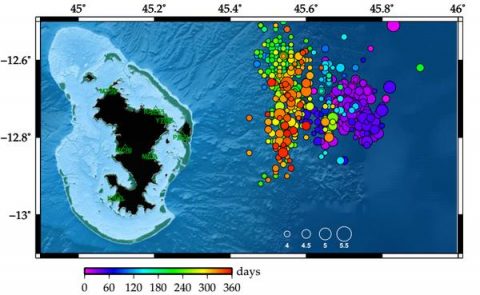 “Since July 2018, the island has moved to the east and sank about 12 centimeters which is striking from a purely geological point of view,” said the island prefecture in a BRGM summary report. “The appearance of the seismic swarm has certainly surprised the population.”

It’s also surprised geologists, who continue to investigate the phenomenon. Scientists aboard the research ship Marion Dufresne are this week wrapping up a mission to better understand the Mayotte earthquake swarm, which is believed to be of volcanic origin. They’re collecting six sea-floor seismometers placed in February, using high-resolution equipment to image the undersea surface, and evaluating multibeam echosounder data to understand any gases and fluids released in the quakes.

The first-of-its-kind MayOBS mission includes staff from France’s BRGM, IPGP, CNRS and Ifremer. You can track the ship from the Ifremer website at this link.

The surveillance society in South Sudan is harnessed by the state in service of repression,…