Home>CUTTING EDGE>Facebook bans 265 accounts used to manipulate African politics
By AT editor - 17 May 2019 at 1:26 am 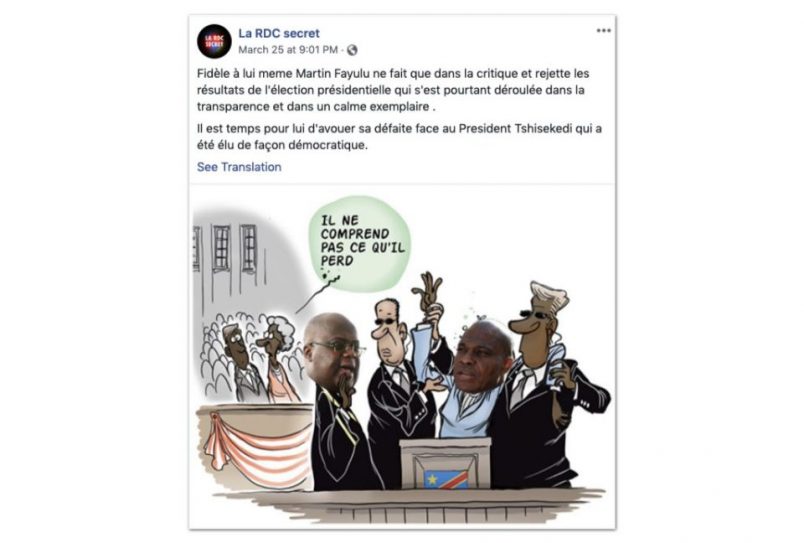 Facebook says that 265 accounts that created pages and posts originating in Israel but targeting African nations and politicians have been removed – and so has a company that’s behind much of the activity.

“Although the individuals behind this network attempted to conceal their identities, our investigation found that some of this activity was linked to an Israeli commercial entity, Archimedes Group,” said Nathaniel Gleicher, head of Facebook’s cybersecurity office, in a statement. “It has repeatedly violated our misrepresentation and other policies, including by engaging in coordinated inauthentic behavior. This organization and all its subsidiaries are now banned from Facebook, and it has been issued a cease and desist letter.”

Sometimes the perpetrators pretended to be local news organizations with leaks and scoops about politicians, including Congolese presidential candidate Martin Fayulu who lost a disputed election in December. All told, there were 65 Facebook accounts, 161 Pages, 23 Groups, 12 events and four Instagram accounts, with at least 2.8 million total Facebook followers and 920 on Instagram.

The target nations included Nigeria, Senegal, Togo, Angola, Niger and Tunisia, the social media company said. About USD$812,000 was spent on ads that ran from December 2012 to April 2019.

“We are making progress rooting out this abuse, and, as we’ve said before, it’s an ongoing challenge,” Gleicher said. “We’re committed to continually improving to stay ahead. That’s why we’re investing heavily in building better technology, hiring more people and working more closely with law enforcement, security experts and other companies.”