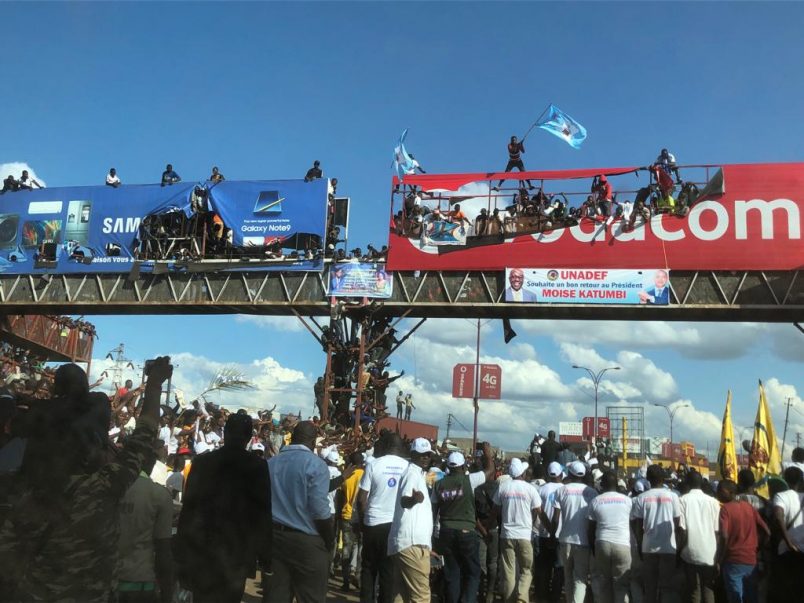 Exiled political leader Moïse Katumbi returned to the Democratic Republic of Congo on Monday, arriving in Lubumbashi by air to throngs of thousands, many clad in white, who heralded his long-awaited arrival.

Katumbi greeted the crowds with expressions of joy for once again seeing Katanga, the province he governed before fleeing three years earlier. He left after declaring his intent to challenge former president Joseph Kabila for the presidency and subsequently faced fraud and other charges that many, including Katumbi and his supporters, believed to be politically motivated.

Katumbi, now the head of a “Together for Change” party, planned his own candidacy in last year’s contentious and long-delayed presidential election in which Felix Tshisekedi ultimately prevailed. He was prevented from returning to Lubumbashi last August, and disqualified from candidacy in DR Congo’s elections. The charges against him have been dropped under Tshisekedi’s new leadership.

Yet Katumbi, aligned with the Lamuka coalition, backed the Engagement for Citizenship and Development (ECiDé) party candidate Martin Fayulu, who was widely viewed as the legitimate victor.

Katumbi has acknowledged the irregularities of a chaotic Congolese political contest he flatly said was orchestrated by Kabila, but he also upheld the importance of national unity in moving forward.

Katumbi said he plans to serve those who have suffered under the previous Congolese government and to secure justice for them. He supports the creation of a national commission to investigate “the crimes committed against the Congolese” for the past two decades.

Katumbi called on the courts, the churches, the country’s nongovernmental organizations and all of its citizens to support the effort.

Kabila and his Common Front for the Congo (FCC) remain in control of the country’s legislature and provincial governance, and formed a coalition with Tshisekedi’s CAP for Change (CACH) earlier this year.

Tshisekedi still has yet to announce a prime minister and his cabinet members, though he said last week that he knows the identity of who will be named prime minister and Kinshasa claimed Monday that the all-important announcement is imminent.

Image: Together for Change