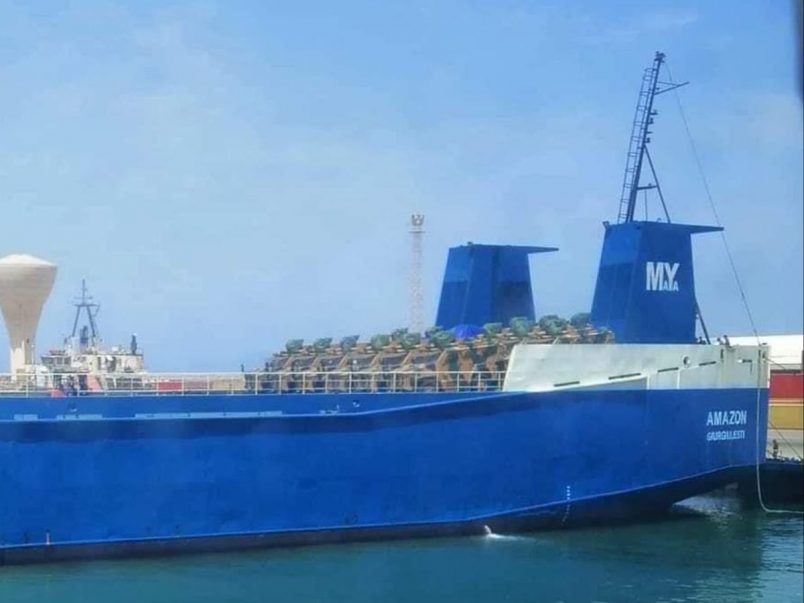 Both sides in Libya’s battle over Tripoli are getting military equipment from foreign countries, with widely shared social media images raising new questions over violations of a 2011 United Nations ban on sending weapons and equipment to Libya.

Forces aligned with Libya’s Government of National Accord (GNA) posted one set of images over the weekend, which appeared to show approximately 30 armored vehicles arriving from Turkey. The BMC Kirpi II MRAPs were aboard the Amazon, which arrived in Tripoli from a Turkish port on Saturday and was scheduled to depart Monday.

A second set of images came from the Libyan National Army (LNA), commanded by Khalifa Haftar in the eastern parts of Libya. The LNA has attacked Tripoli – home of the United Nations-backed GNA, led by Fayez Al-Sarraj – since April 4, with at least 454 people dead since the fighting began.

In the second set of new images, LNA soldiers posed with vehicles allegedly shipped from Jordan. They follow similar reports of support for the LNA from Egypt, the United Arab Emirates and Saudi Arabia, at the same time shipments come to the GNA from Turkey and Qatar.

“We’re tracking reports of all kinds of weapons or systems coming in. We have seen multiple reports of weapons flowing in,” said Stephanie Williams, the deputy head of the UN mission to Libya, in an interview last month.

Haftar, aligned with LNA allies, was quick to sever ties with Qatar during a 2017 diplomatic crisis. The hostile relationships among Turkey and the Gulf states have heightened concerns over a proxy war in Libya, while there’s increasing uncertainty over Western nations’ support for the GNA too, with France and the United States under closer scrutiny of their relationships with Haftar. Sarraj recently visited France, Germany, Italy and the UK to shore up support for the GNA and the UN peace process.

Those concerns now inform questions over an increase in the shipment of arms and military equipment. The United Nations is currently investigating arms embargo violations following seizure of a shipment from Turkey in December, with a more recent inquiry into the UAE.