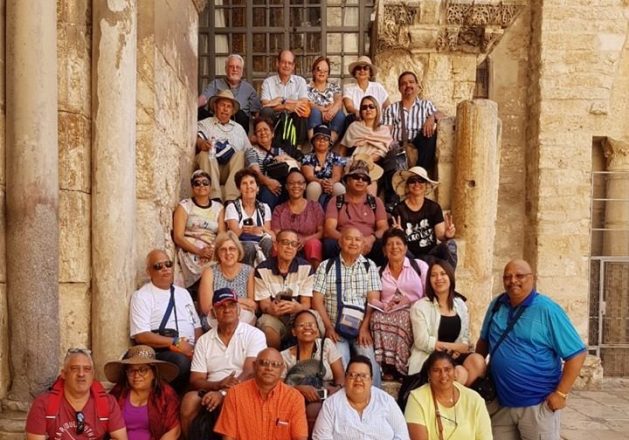 South African officials say that two dozen tourists who came under attack in Egypt on Sunday have returned home safely, while four citizens remained in Egypt.

Three of them were wounded in the bus bombing near Cairo, while a fourth stayed behind to care for an injured family member. South Africa’s foreign ministry, DIRCO, said there were no fatalities, and everyone else was flown home to OR Tambo International Airport on Monday.

The roadside bomb exploded as tourists from Durban visited the Giza pyramids. They were members of Roman Catholic churches in and around the city who were on a group tour.

“Please keep our parish priest and all the parishioners on tour with him in Egypt in prayer,” said the St. Francis Xavier congregation in Bluff. “It’s rather sad that a simple visit to such a popular place can turn out to be a traumatic experience for innocent people.”

Egypt’s interior ministry, which oversees its police forces, said that 12 suspects in the pyramid bomb attack were killed in two shootouts in greater Cairo. They belonged to the militant group Hasm, the ministry said in a statement issued Monday.

A similar attack in December 2018 claimed the lives of three Vietnamese tourists and at least one Egyptian. They were traveling by bus to the Giza pyramid site when an improvised explosive device detonated in what was believed to be the first attack on tourists in Egypt since a July 2017 knife attack at Hurghada, a Red Sea resort popular with foreigners.

The country’s tourism ministry has stepped up efforts to boost the tourism economy, but security challenges and terrorist attacks have hampered the effort.