Home>African Future>Jugnauth draws on Chagos history to open Africa dialogue on displacement
By AT editor - 21 May 2019 at 5:13 pm 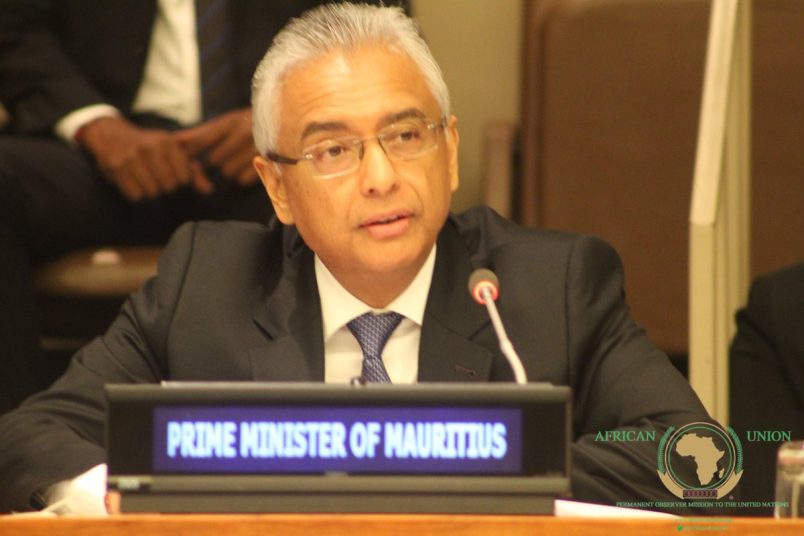 Prime Minister Pravind Jugnauth of Mauritius drew on his own nation’s experience with absorbing refugees and forced displacement, in remarks that opened a three-day discussion on solutions for African nations dealing with the internally displaced.

Jugnauth told participants at the Africa Dialogue Series at the United Nations in New York that the history of the Indian Ocean island nation’s absorption of forcibly removed residents of the Chagos Islands 50 years ago still haunts its communities.

“This terrible trauma continues to affect Mauritians of Chagossian origin to this very day,” said Jugnauth, calling the 1960s-era colonial dispute and displacement one of the most shameful episodes in modern history.

The Mauritian leader went on to say that his nation’s experience also illustrates the generosity of African nations – from Chad to Uganda, Ethiopia and beyond – where a third of the planet’s forcibly displaced people are welcomed.

Jugnauth echoed the remarks of UN Secretary General António Guterres, who has made migration and displacement a priority of his tenure and said Africa has set the global standard for dealing with people forcibly displaced by conflict, climate change and poverty.

Yet those challenges are multiplying and the dialogue is focused on dealing with them, in keeping with this year’s African Union theme and the AU’s greater cooperation with UN on migration. Cessouma Minata Samate, the AU Commissioner for Political Affairs, also addressed the meeting on behalf of AU head Moussa Faki Mahamat, while UN representative Anatolio Ndong Mba of Equatorial Guinea, one of many African speakers scheduled, was on hand for the opening remarks.

A live webcast of the Africa Dialogue Series is available here. A complete program is linked here.