Home>News>Malawi waits for presidential election results
By AT editor - 21 May 2019 at 6:47 pm 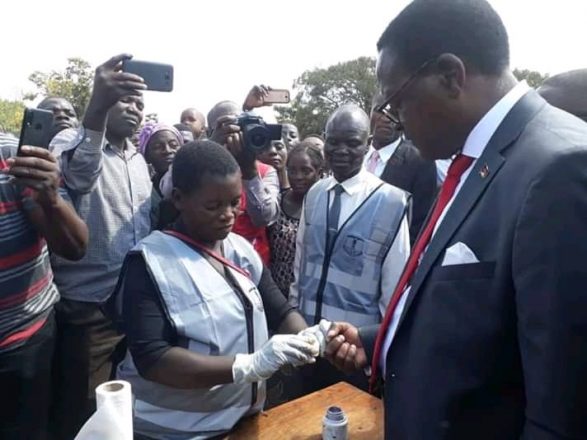 Officials in Malawi say no results of Tuesday’s elections will be released until after 10 p.m. local time at the earliest, because at least one polling station had a delayed opening and it won’t close until late.

The Malawi Electoral Commission issued a statement explaining the delay, and urged all parties to wait for official results announcements.

Apart from that, reports from the polls say the process has been peaceful for nearly 7 million registered voters, though some incidents of incomplete voter rolls and missing ballots were reported. In one case, current vice president Saulos Chilima, a presidential candidate for the United Transformation Movement (UTM) party, was temporarily prevented from voting himself because his name was on the wrong roll.

The contest is still too close to call in a three-way race between Chilima, incumbent President Peter Mutharika of the Democratic Progressive Party (DPP), and Lazarus Chakwera of the Malawi Congress Party (MCP).

Former president Joyce Banda, replaced by Mutharika in 2014, threw her support to Chakwera after withdrawing from the race as the People’s Party candidate in March. The MEC originally approved nine candidates, though only the three were considered competitive in what was expected to be a tight race.

Mutharika, 78, expressed confidence in his re-election and, like Chilima, said he was pleased with the turnout. Mutharika also appealed for a peaceful process after weeks of contentious debate that occasionally devolved into vandalism, including an attack on an MEC office earlier this month.