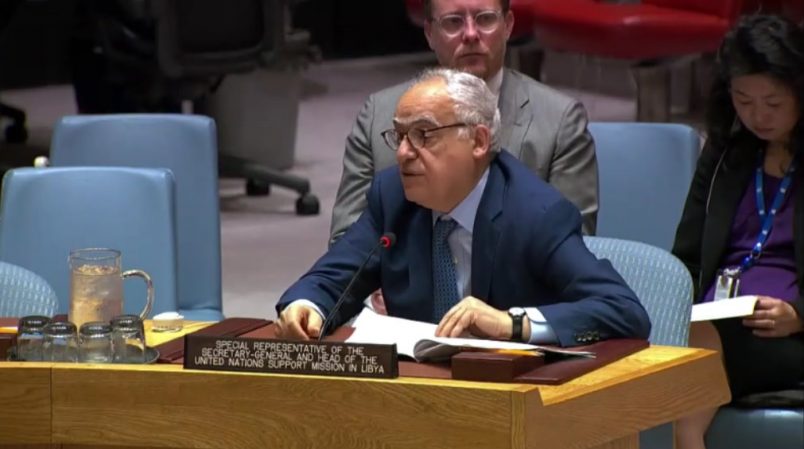 Ghassan Salamé, who also serves as head of UNSMIL, the UN mission in Libya, said the death toll has reached 460 since Khalifa Haftar and the Libyan National Army based in the nation’s east moved to take Tripoli on April 4. Another 2,400 people are injured and 75,000 are displaced.

Salamé confirmed that a number of countries are providing weapons to all sides in the conflict between forces loyal to Haftar and those backing the Tripoli-based Government of National Accord, led by Fayez Al-Sarraj.

“Without a robust enforcement mechanism, the arms embargo into Libya will become a cynical joke. Some nations are fueling this bloody conflict; the United Nations should put an end to it,” Salamé said.

Salamé said Islamic State was active in southern Libya, with 17 dead since the fighting began, apart from the ongoing extremist activity. “There are numerous reports of extremists, persons under international sanctions, and individuals wanted by the International Criminal Court appearing on the battlefield on all sides,” he said.

He appealed to the Security Council to take action immediately, while lamenting the lost opportunity to advance Libya’s national dialogue and the hope of elections interrupted by Haftar’s advance on Tripoli.