Home>News>Mutharika holds lead in Malawi presidential election
By AT editor - 23 May 2019 at 7:14 pm 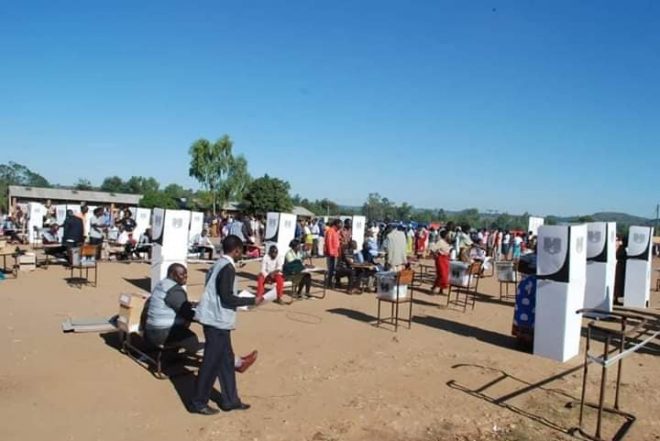 That’s with about three-fourths of the vote counted, according to the latest MEC numbers.

While the contest has been largely peaceful as more than 3.6 million voters participated – slightly more than half of all registered voters – the MEC has noted irregularities. They include the arrest of two election workers in Mangochi West accused of attempting to manipulate election results.

“The commission is seriously warning all the polling staff that anyone who might be tempted to fraudulently manipulate the electoral results should know that they will be dealt by the full arm of the law,” the commission said in a Thursday update.

The Nation news outlet reported a total of 17 arrests in connection with nine incidents, including the assault of a parliamentary candidate in Nsanje. Eleven of the arrests were in Chipita, where the suspects interfered with polling operations.

The DPP accused Chawerka of inciting violence after he made claims of victory without any official results. “We further note that Reverend Chakwera has told Malawians that he will not accept any other results other than those counted by his party,” the statement said. “This is extremely irresponsible, a gross violation of our national electoral laws and blatant flouting of the expectations of the international community.”

The digital access monitor NetBlocks reported an Internet outage on Tuesday night, with connectivity levels dropping to 80 percent, and a second disruption on Wednesday. The outage heightened concerns over vote-count transparency.

“Malawi joins African states Benin, Egypt, the DRC, Cameroon and Mali which have experienced partial or total internet disruptions with nationwide impact during and around the election period in recent months, with recorded incidents ranging from hours to several weeks,” the organization said.