Home>Health>WHO adds Ebola coordinator to strengthen DR Congo response
By AT editor - 23 May 2019 at 7:57 pm 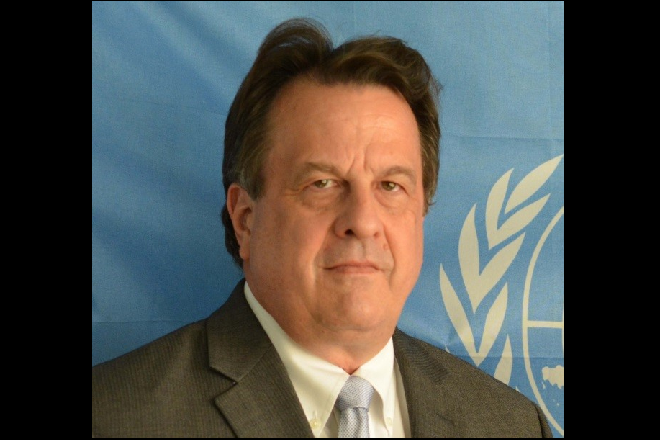 The World Health Organization has appointed an Emergency Ebola Response Coordinator in the Democratic Republic of Congo, as it continues a fight against an Ebola outbreak that has shown no signs of abating.

David Gressly, the UN’s deputy special representative serving with MINUSCO, will focus on improving access to communities in the volatile North Kivu and Ituri provinces at the center of the Ebola crisis. It’s there that mistrust of health workers has complicated the Ebola response, and ongoing insecurity threatens health teams and interferes with their work.

“He will oversee the coordination of international support for the Ebola response and work to ensure that an enabling environment—particularly security and political—is in place to allow the Ebola response to be even more effective,” said WHO in a statement. “Mr. Gressly will work closely with WHO, which will continue to lead all health operations and technical support activities to the Government response to the epidemic.”

WHO said the increase in armed group presence and direct threats against Ebola response teams continues in Lubero, Kalunguta, Mabalako, Masereka and Komanda. “Another particularly concerning development is that some healthcare workers are refusing to wear personal protective equipment and clothing in healthcare facilities, and performing only normal infection prevention and control measures due to threats of violence by members of the community,” the report said.

There are now 102 health workers affected by the Ebola virus. Through Tuesday, the Ebola epidemic has claimed 1,241 lives since it was first declared in August. There are 1,778 confirmed cases and another 88 under investigation.