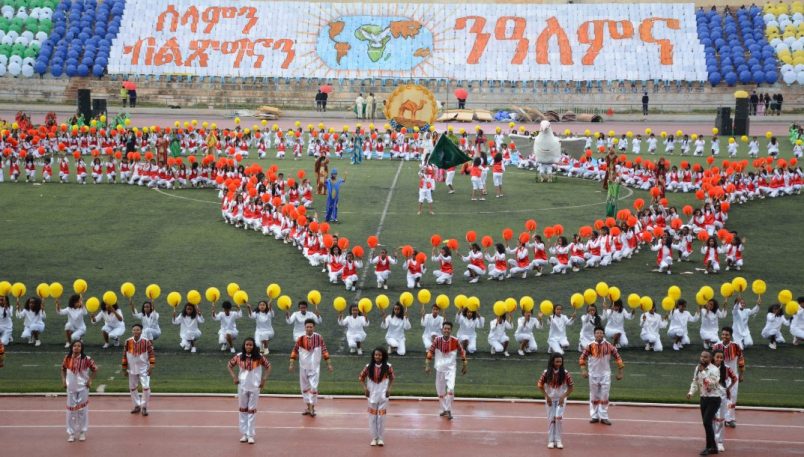 President Isaias Afwerki of Eritrea, speaking at Independence Day celebrations in Asmara, acknowledged that “a new era” has come to the Horn of Africa nation but it is not a time for sweeping change.

“Before prematurely charting out new and permanent sustainable development programs, it is imperative that we conduct extensive political, economic and security appraisals so as to properly diagnose the unfolding realities with requisite depth,” Afwerki said. “We cannot make hasty and emotional conclusions before we collect adequate information, analyze these data comprehensively with patience so as to have a clear picture.”

The nation’s priorities should remain economic, and move toward modernity with an emphasis on infrastructure, the president said.

Last year’s historic peace deal with Ethiopia ended a border dispute that’s lasted nearly as long as Eritrea’s independence, and contributed to the UN Security Council’s decision to lift longstanding sanctions against the authoritarian Afwerki and his isolated nation. It also raised hopes that Eritrea too would open to democratic reforms, and begin to achieve the economic progress Afwerki described.

In keeping with theme of “Resilience for Higher Progress,” Afwerki praised Eritireans for their tenacity. “This is a historical juncture in which the extraordinary resilience of the Eritrean people has been elevated and emerged triumphant once again,” he said.

For others, however, that progress remains to be seen. Eritrea’s long history of repression hasn’t changed overnight, or by some counts at all, and its citizens have yet to see the emerging reforms that a “new era” has brought about next door.