Home>News>Amnesty: Zimbabwe accuses activists of plans to incite violent protest
By AT editor - 29 May 2019 at 5:56 am 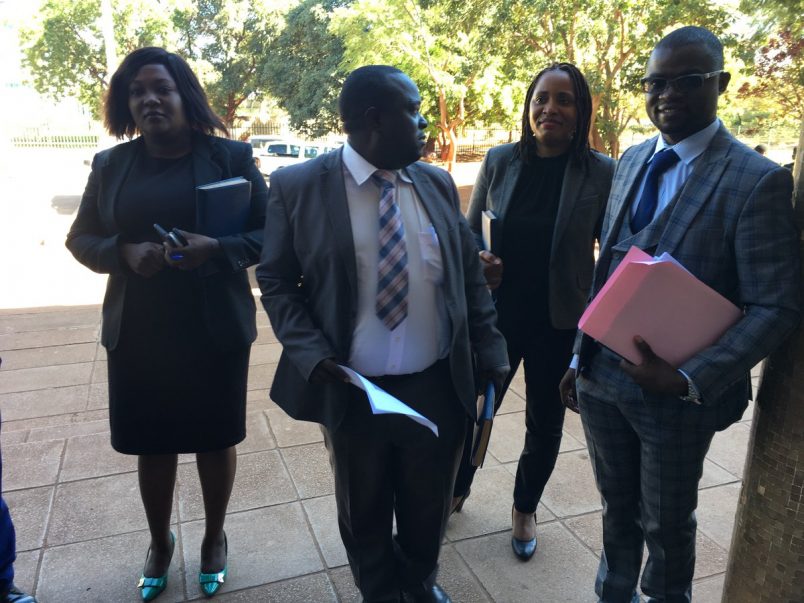 Zimbabwe is cracking down on its human rights activists, with two new arrests reported on Monday, according to Amnesty International.

Stabile Dewah, 35, and 61-year-old Rita Nyamupinga were arrested at Robert Mugabe International Airport in Harare as they returned from the Maldives, where they attended a training workshop on holding nonviolent protests.

That brings to seven the number of activists in Zimbabwe who have been detained in the past week.

“The first five human rights defenders arrested are facing trumped up charges for exercising their human rights. They should be released immediately and unconditionally. The charges against them fit into a much wider pattern of repression we have documented in Zimbabwe,” said Muleya Mwananyanda, Amnesty International’s Deputy Director for Southern Africa.

The five are accused of subversion and trying to overthrow the Zanu PF government of President Emmerson Mnangagwa, who took office in November 2017 after former president Mugabe was forced out. They are George Makoni, Tatenda Mombeyarara, Gamuchirai Mukura, Nyasha Mpahlo and Farirai Gumbonzvanda, according to Amnesty.

They are being defended by members of Zimbabwe Lawyers for Human Rights, above, which also offered support to the two newly arrested women.

Two weeks ago, the state-aligned Herald news outlet warned that rights groups allied with political opposition party MDC-Alliance and its leader, Nelson Chamisa, were seeking to incite civil unrest. They cited the overseas training session in Maldives and another in the Czech Republic as evidence.

“Since January’s protests we have witnessed a mounting crackdown on human rights defenders and activists,” Mwananyanda said. Lawyers, journalists and even medical doctors have not been spared. Zimbabwe’s authorities have declared anyone who exercises their right to freedom expression and association an enemy of the state. This witch-hunt must stop.”