Home>Commentary>Etienne Tshisekedi's final return offers a moment for reflection
By Laureen Fagan - 29 May 2019 at 9:36 pm 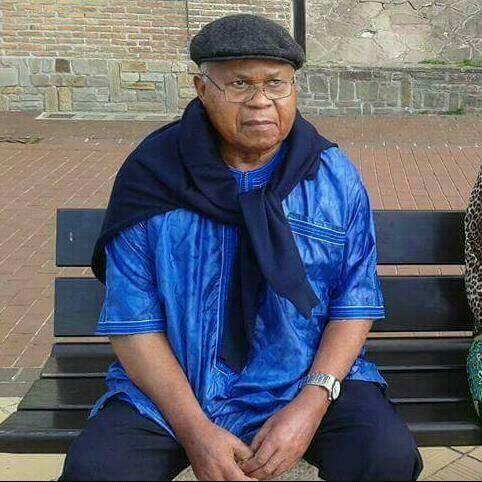 It was February 2017 when longtime Congolese opposition leader Etienne Tshisekedi died in Brussels, amid the turmoil of former president Joseph Kabila’s refusal to step aside after two terms leading the Democratic Republic of Congo.

Now, the body of the late Tshisekedi will return to Kinshasa at last. His repatriation, delayed for more than two years, was expected on Thursday with funeral services to follow and a burial planned for Saturday, but there are reports of new complications.

Ultimately, a farewell that was postponed on several occasions because of failed negotiations with the Kabila government will be presided over by the new president – the man who happens to be his son.

President Felix Tshisekedi isn’t the only legacy that the 84-year-old father left to the nation. He was head of the Union for Democracy and Social Progress (UDPS) and the chief opposition figure in DR Congo for decades. He served as its prime minister, and challenged Kabila for a presidency he never held in 2011, losing an election many international observers agreed lacked any legitimacy in its outcome.

In 2016, when Kabila refused to step down from his constitutionally limited tenure and was equally stubborn about scheduling elections, it was Etienne Tshisekedi who led the Rassemblement coalition demanding Kabila move forward. His candidacy for president was all but assured, and his sudden death just weeks after the hard-won deal for new elections with Kabila threw the political opposition into disarray.

In many ways, the rupture that followed Tshisekedi’s death cast a shadow that remains on the nation today, and it falls equally on the son whose own ascendency has appeared to be orchestrated by the man his father fought until his death. Kabila still holds the power, and the younger Tshisekedi knows it.

While it is welcome news that Tshisekedi will at last be laid to rest in his own nation, mourned by those he loved and those he fought, one now wonders if the questions over his son’s legitimacy will ever be laid to rest too.

Tshisekedi in an unguarded moment

There was a moment in January, after the disputed December 2018 elections, that lingers in memory and troubles the conscience. In a moment of emotion, President Felix Tshisekedi stepped away from his own inauguration ceremony after exclaiming aloud that “it’s not right.” The pause in the inauguration lasted 12 minutes as Congolese media cut away from the live broadcast from the Palais de la Nation.

Meanwhile, the new president took solace with his family before acknowledging his emotional state upon his return. The swearing-in was completed; Kabila and Tshisekedi, smiling together, performed the transition-of-power rituals in a historic moment for a nation that had never known a peaceful passage.

Tshisekedi invoked the memory of his father and directly addressed Kabila. “We have been your fervent political opponent,” said Tshisekedi. “We do not forget anything about our political struggles, the difficult times we went through.” He praised Kabila for at last stepping away from the presidency, though it’s been clear in the months since that Kabila wields his influence in the new political scene.

Kabila and his Common Front for the Congo (FCC) remain in control of the country’s legislature and provincial governance, and formed a coalition with Tshisekedi’s CAP for Change (CACH) earlier this year. It’s been little more than a week since President Tshisekedi named new prime minister Sylvestre Ilunga Ilukamba, a Kabila ally and People’s Party for Reconstruction and Democracy (PPRD) member whose appointment followed a long delay in forming a new government on Kabila’s terms.

Yet Tshisekedi never made plain what exactly it was that overwhelmed him so at the inauguration. Was it the memory of Etienne and the long history of his suffering at the hands of the Kabila family, even as one son wrapped the presidential sash around the other? Was it a sense that it should have been the father’s inauguration and not his own? Was it grief at the collective wounds of the Congolese nation in this defining moment?

Or was it the darker knowledge that he owed his presidency to Kabila himself, and that another man was rightfully elected – just as had been the case when it was Etienne betrayed by a manipulated and suspect process?

The father, the son, the Congolese future

There are those who reasonably argue the latter is true, not the least of whom is Martin Fayulu of the Engagement for Citizenship and Development (ECiDé) party. Fayulu was the legitimate winner of the December elections, according to both Congolese and international observers, and he has yet to accept otherwise while publicly taking to task the United States and others he says accept a democratic farce.

Tshisekedi and his ally Vital Kamerhe of the Union for the Congolese Nation (UNC) peeled away from the coalition supporting Fayulu in November. Now Kamerhe is chief of staff for Tshisekedi, with a reputation for exercising his power a tad immodestly and maintaining his Kabila ties more than he publicly admits.

Fayulu supporter and Kabila critic Moïse Katumbi – prevented from running for president himself – returned home this month too, by all appearances resigned to the outcome of the elections and insisting on a time to move forward. The “Together for Change” leader says he remains firmly in the opposition camp and is focused on addressing the suffering of the Congolese people under the Kabila regime.

Now it is Etienne Tshisekedi who is coming home to his final farewell. One wonders what the fiery opposition leader would think of the Kabila compromise. One questions whether he’d accept the legitimacy of his own son’s presidency, even as one wishes the nation well, offers condolences and hopes that history will look kindly on the Tshisekedi legacy. Above all, one is reminded of that brief glimpse of Felix Tshisekedi at his inauguration and wonder what it means for the Congolese future.