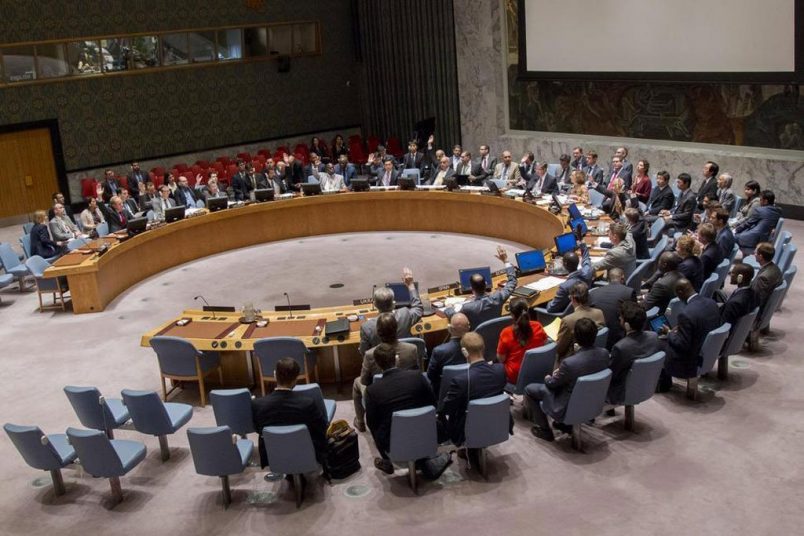 Sixteen human rights organizations, including Human Rights Watch and the Enough Project as well as regional African groups, have asked the United Nations Security Council to maintain the arms embargo and other sanctions in South Sudan while pressuring leaders to implement the Revitalized Agreement on the Resolution of the Conflict in the Republic of South Sudan (R-ARCSS) peace agreement.

The letter, sent ahead of a Security Council meeting planned for Thursday, calls for the protection of civilian lives that remain caught in the crossfire despite the delayed agreement. In some areas the fighting continues, while the years of war have claimed nearly 400,000 lives, according to 2018 research from the London School of Hygiene & Tropical Medicine.

“International pressure – including, crucially, from the Security Council – has helped to lead to a reduction in violence in recent months and some momentum in the peace process,” the group said. “Deciding not to renew the above measures carries the real risk of jettisoning even these small positive developments and signaling to South Sudan’s warring parties that they can continue to act with impunity.”

A report published by UN experts in April 2019 demonstrates that “the peace, security, and stability of South Sudan will continue to be threatened so long as top officials on both sides commit gross violations with impunity,” the rights groups added.

The complete letter is available from the Global Centre for the Responsibility to Protect, linked here.