Home>News>Congolese welcome home the body of Etienne Tshisekedi
By AT editor - 31 May 2019 at 4:03 am 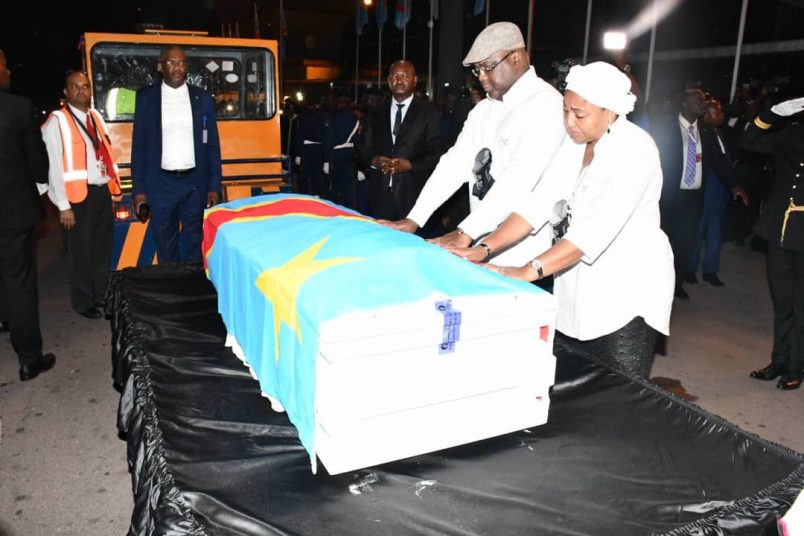 The younger Tshisekedi then accompanied the body during a formal procession that stopped at his home and at the headquarters of Tshisekedi’s political party, the Union for Democracy and Social Progress (UDPS), where party supporters waited to greet them.

The slow journey through the streets marked the end of a long battle to repatriate the remains of Tshisekedi, who was 84 when he died in Brussels, Belgium, in February 2017. His death came at the height of tensions between former president Joseph Kabila and the Congolese opposition, particularly the UDPS; the first attempt to bring his body home was in March 2017 but each time the plans were frustrated by conflicts over the details of his repatriation, funeral and burial.

That changed after Felix Tshisekedi was inaugurated earlier this year, and the family was greeted with a hero’s welcome from the Congolese people.

The funeral procession was largely peaceful, although a local media outlet reported tear gas was used to break up a crowd of UDPS supporters who were upset that they could not accompany the body to its destination at a Kinshasa hospital.

It’s there that the body will remain until Friday morning when the family will depart for Martyrs Stadium, where memorial services open to the public will be held. A private burial is planned for Saturday.