Home>Health>Nigeria welcomes tobacco control measures
By AT editor - 31 May 2019 at 9:26 pm 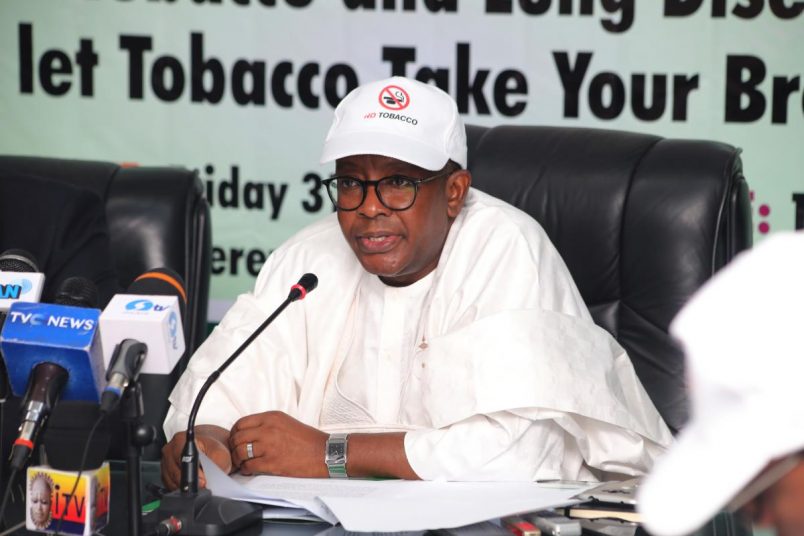 Nigeria will enact strict tobacco control provisions that have been tabled for four years, according to its ministry of health, which publicly announced provisions on Friday in conjunction with World No Tobacco Day and the World Health Organization.

The country’s national assembly ratified the 2015 National Tobacco Control Act provisions earlier this week in response to anti-tobacco activists who pressured the government to finally implement them. Some 48 civil society groups appealed to Nigerian legislators last week to push the provisions through, which was achieved on Tuesday.

“In Nigeria, at least 16,100 Nigerians die of illnesses associated with tobacco use and globally, at least 1,700,000 people die of lung cancer every year,” he said, insisting that “every Nigerian should have the right to tobacco-free air.”

The Nigerian measures include licensing requirements for people or businesses that sell tobacco products, and graphic health warnings on packages to communicate the risks associated with tobacco use.

New taxes on tobacco products will bring Nigeria in line with standards set by ECOWAS, the regional 15-nation West African economic body. ECOWAS set the bar at a 50 percent tax rate but individual nations including Nigeria have yet to meet the same level.

Dr. Clement Peter, the lead WHO officer in Nigeria, welcomed the legislative decision and thanked the government for moving forward on tobacco use prevention.

“Tobacco has claimed the lives of thousands of both youth and adults and continues to pose serious health risks to persons exposed to tobacco smoke,” he said. “Let us promote non-smoking as a social norm and by ensuring smoke-free environments.”

The African Tobacco Control Alliance (ATCA), which monitors developments in pursuit of a tobacco-free continent, also shared its praise for Nigeria’s progress, thanking House Speaker Yakubu Dogara and Senate President Bukola Saraki for their leadership. “You have saved millions of Nigerians from the harms of tobacco use,” the Togo-based organization said.

Nigeria was the first African nation to complete the Global Adult Tobacco Survey (GATS) in 2012, and discovered that 4.5 million people aged 15 or older were using tobacco products. That meant very few women but 10 percent of all Nigerian men were smokers or other tobacco users. There were also high rates of secondhand smoke exposure, especially in restaurants, and there was a lot of support for creating smoke-free regulations in public places.

Nigeria’s progress since then rests in part on tireless activists and Peter Unekwu-Ojo Friday, the executive director of Nigerian anti-tobacco organization Cedar Refuge Foundation, received an award during the WHO ceremony in Nigeria.

He was one of five Africans to receive WHO awards for their efforts in ending tobacco use, including legislators or health ministers in Democratic Republic of Congo, Ethiopia and Mauritius. Dr. Ana da Conceição dos Passos Mamede Graça, the technical director for INALUD, the National Anti-Drug Institute of Angola, also received a regional award. Minister of Health Kane Boubacar of Mauritania received one of two global awards from WHO.

There are 44 African nations that have ratified the WHO Framework Convention on Tobacco Control but the continent continues to have some of the world’s greatest challenges with tobacco use. That’s often because multinational tobacco firms seek new markets abroad as smokers quit and their sales evaporate in the West.

For the African continent, where high rates of tuberculosis often go hand in hand with HIV infections, smoking further exacerbates the health risks. On World No Tobacco Day, WHO emphasized the lung diseases including tuberculosis that account for 40 percent of all tobacco-related deaths.

Smoking-related fatalities across WHO’s African region historically remained low when compared with the rest of the world but that’s likely to change as Africans become the targets of more aggressive tobacco firms. Tobacco experts warn of the lag time between active smoking patterns and the wider, more visible public health implications, and they’re trying to ward off as much of it as they can.

“With an increase in affordability of tobacco products and the tobacco industry’s aggressive marketing in Africa, smoking prevalence has already started to rise, or is likely to substantially increase in the future,” say health experts behind the 2018 Tobacco Atlas, an initiative of the American Cancer Society (ACS) and Vital Strategies,

“With its rapidly-growing populations and rising life expectancy, an increase in the number of smokers along with population aging is likely to make Africa suffer the most from future smoking-related burden.”

WHO and other anti-tobacco organizations have worked closely with African partners but tobacco use remains on the rise especially among young people. The 2018 report saw a 52 percent rise in consumption across sub-Saharan Africa between 1980 and 2016, especially where aggressive marketing that targets youth is common.

Some African nations are more responsive to the problem than others: Madagascar, for example, has banned advertising and already requires the same graphic warnings soon to be implemented in Nigeria. Sierra Leone has a strong coalition that’s demanding higher taxes and better tobacco control, and neighboring Cameroon is looking to raise taxes on tobacco products too.