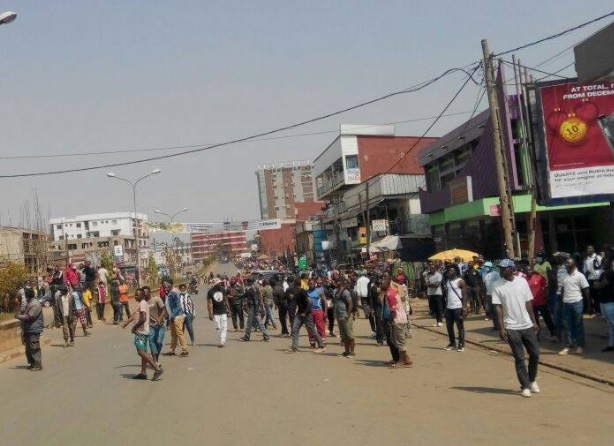 At least 350 members and supporters of Cameroon’s main opposition party, including its leaders, were arrested at the weekend after they tried to hold demonstrations, according to Human Rights Watch.

That’s drawn new criticism from the organization, which joined other groups in appealing to the United Nations Security Council for action ahead of a Tuesday briefing from the UN Regional Office for Central Africa (UNOCA).

The arrests continue the trend of targeting the Cameroon Renaissance Movement (MRC) party, which saw its leader, Maurice Kamto, arrested earlier this year with dozens and dozens of MRC members. Kamto was charged with rebellion, incitement to insurrection and other serious charges that may carry a death penalty, and he remains in prison as 86-year-old President Paul Biya, in office since 1982, maintains a crackdown on opposition movements.

“Over the past few weeks, the MRC submitted several requests for authorization to protest Kamto’s arrest and call for his release. The requests were rejected by administrative authorities, citing security reasons,” said HRW in a Tuesday statement. “But last weekend, MRC leaders and supporters decided to disregard the ban, marching in several cities across the country.”

MRC marchers in Douala were dispersed with water cannons, while at least four people were injured during arrests in the capital of Yaoundé. More than 100 of the newly arrested remain in detention, HRW said.

The West African nation has edged toward civil war since October 2016, when activists led by Cameroon’s lawyers, teachers and doctors began publicly pressing for reforms.They wanted to address the political, economic and social frustrations of Anglophone communities, tied to a cultural rift that dates to the colonial era in the primarily French-speaking nation.

The peaceful protests evolved into a full-blown armed separatist movement in parts of the country.

France, the United States, and the European Union have expressed concern over Cameroon’s situation, as have the United Nations and African Union. Rights groups including the Committee to Protect Journalists joined HRW earlier this week in urging UNOCA to pressure the Security Council to act.

“The UN Security Council has largely kept silent on the crisis,” the groups said ahead of Tuesday’s council briefing by UNOCA. “Even getting the Council to discuss Cameroon has proven difficult.”