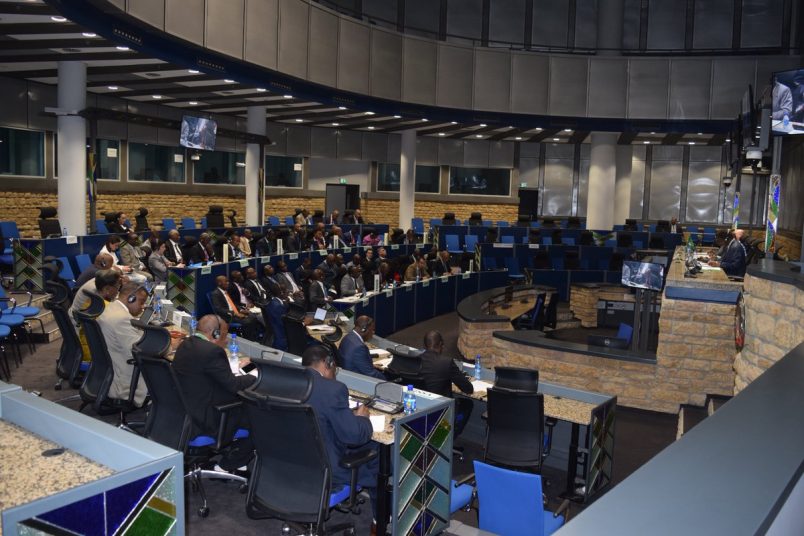 The African Union made good on its threat to suspend Sudan from AU participation on Thursday, insisting on a civilian-led transitional government denied by a Transitional Military Council in acting authority since the April ouster of former president Omar al-Bashir.

A communique followed the AU Peace and Security Council meeting and reiterated the AU’s solidarity “with the Sudanese in their aspirations to constitutional order that will enable them to make progress in its efforts towards the democratic transformation of the country.”

The decision comes as Khartoum descends into violence, with a reported death toll of more than 100 people though official Sudanese sources dispute that claim. The Sudanese Professionals Association says the situation is worse than any that has come before it and activists continue their calls for resistance.

“In just two days, Khartoum and other cities in Sudan have witnessed a good sample of life under the rule of the coup council,” the SPA said. It listed mass murders and extrajudicial killings, a sharp increase in rapes and beatings, death threats directed at striking workers, and “other signs of a collapsing, extremely fragile state that will not only be vulnerable internally but also subject to external manipulation and exploitation at the highest level.”

Along with the AU, other international governments and bodies have expressed concern over the Sudan crisis, though Eritrea notably bucked the trend and criticized the AU suspension decision in a statement.

“The AU’s posturing on the events unfolding in the Sudan is a recent and vivid illustration of this deplorable state of affairs,” it said, bringing up a host of criticisms. “The Government of Eritrea requests the AU to refrain from internationalizing and exacerbating the situation in the Sudan.”