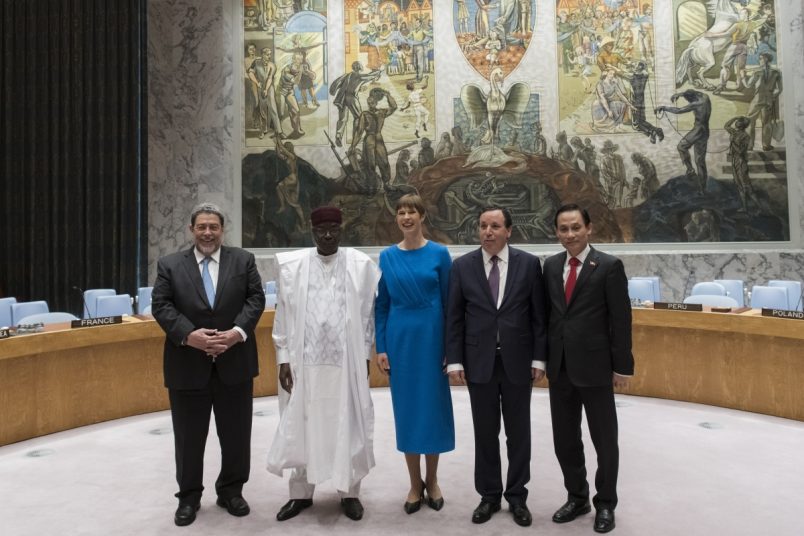 The nations of Niger and Tunisia were elected to two-year terms on the United Nations Security Council (UNSC) on Friday. They join the 10-nation roster of nonpermanent members to the council, along with incoming nations Estonia, Vietnam and – in a first for the smallest country to ever hold a seat – St. Vincent and the Grenadines representing the Caribbean.

“Sincere thanks to all UN member states for overwhelmingly electing Tunisia in the Security Council,” said the country’s permanent mission to the UN. The African Union endorsed the candidacies of both Niger and Tunisia.

The newly elected UNSC members will begin their term in January 2020. The member nations will replace Cote d’Ivoire and Equatorial Guinea, as well as Kuwait, Poland and Peru.

The new African nations joining the 15-member body were welcomed by their colleagues including permanent members France, the United Kingdom and the United States. China and Russia also hold permanent seats on the UN Security Council.

“Looking forward to excellent cooperation with all of the new members in the year ahead,” said João Vale de Almeida, the European Union ambassador to the UN.

South Africa will remain on the council into 2020, as part of the designated geographic group for balanced representation at the UNSC. That’s long been an issue of concern for the AU and African nations, as articulated in the Ezulwini Consensus since 2005. Africans have pressed for reforms that would deliver two permanent seats on the council and two additional nonpermanent seats for African nations.