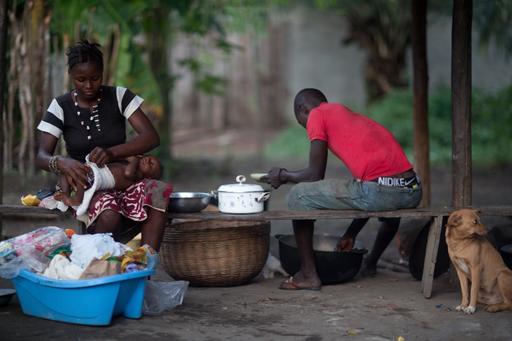 The Central African Republic has the highest rate of child marriage for boys, according to a first-of-its-kind report from UNICEF, the UN children’s agency.

The new report looked at data from 82 countries and found some 115 million boys and men around the world were married as children, with about 20 percent of them married before age 15.

“Marriage steals childhood,” said UNICEF Executive Director Henrietta Fore. “Child grooms are forced to take on adult responsibilities for which they may not be ready. Early marriage brings early fatherhood, and with it added pressure to provide for a family, cutting short education and job opportunities.”

The practice was common across sub-Saharan Africa, Latin America and the Caribbean, South Asia, and East Asia and the Pacific. While the C.A.R. had the highest rate at 28 percent, it was followed by Nicaragua at 19 percent and Madagascar with 13 percent.

While much is known about the impacts of early marriage on girls and women, there’s been far less attention to boys. “Little research exists on child marriage among boys. However, children most at risk of child marriage come from the poorest households, live in rural areas, and have little to no education,” said UNICEF in its statement.

The new estimates bring the total number of child brides and child grooms to 765 million.