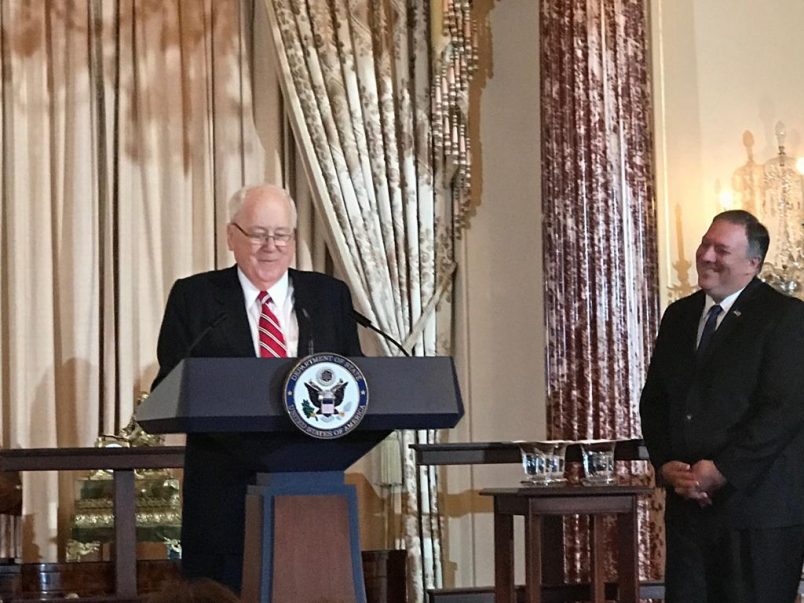 The Dutch founder of a global seed company that’s helped to transform agriculture for smallholder farmers across the globe has been awarded the 2019 World Food Prize.

Simon N. Groot of the Netherlands is the founder of East-West Seed, which now has a presence in 60 countries across Africa, Asia and Latin America. His award was announced Monday by the World Food Prize Foundation in the United States.

Groot started to develop high-yield vegetable plants that are fast-growing and resistant to stresses while in the Philippines with business partner Benito Domingo. From there, the mission expanded to improve access to the seeds and train farmers in how to cultivate them. Today the organization serves 20 million small farms.

“I did not know which fertilizer to use,” said Salimu Tamimu, right, a farmer for over 30 years from Tanzania. “I now know the importance of good seed variety selection, planting with the right spacing, and when to apply fertilizer on my crops. I am looking forward to grow Mapema F1,” he added, referring to a cabbage varietal.

Groot’s work with NGOs supported a Knowledge Transfer program that resulted in farmers increasing their profits, sometimes even doubling or tripling their incomes, while consumers found wider availability of vegetables in their local markets.

The announcement was made at a ceremony at the U.S. Department of State hosted by U.S. Secretary of State Mike Pompeo.

The World Food Prize is the premier international award for accomplishments in improving the quality, quantity or availability of food as a foundation of human development. The Prize was founded in 1986 by Dr. Norman E. Borlaug, the recipient of the 1970 Nobel Peace Prize.