Home>Finance & Economics>Study: AfCFTA to bring biggest benefits to Central Africa
By AT editor - 12 June 2019 at 10:22 pm 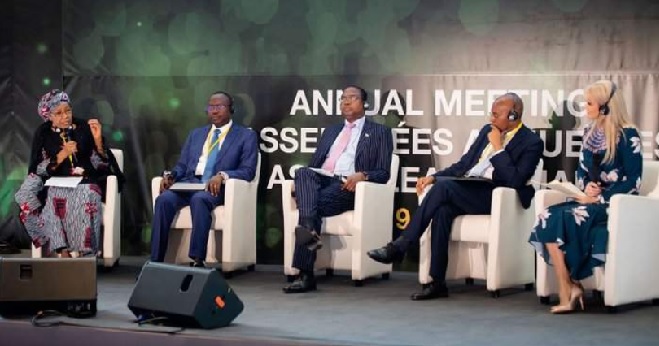 A study that looked at the potential regional impacts of the African Continental Free Trade Area (AfCFTA) agreement suggests that it’s Central Africa that stands to gain the most from a unified African market of 1.3 billion consumers, and the easier movement of people and goods across borders.

Research director Hanan Morsy of the African Development Bank said people in Central Africa could see incomes rise as much as 7 percent, while East Africa will see an increase estimated at 4.2 percent with North Africa coming in next.

“While there are differences in gains, all African countries are better off with regional integration than without,” Morsy said. He presented the results at a session in Malabo, Equatorial Guinea, where the AfDB is holding its annual meeting.

Africa can add 4.5 percent to its GDP, the report said, provided that governments align with the free-trade goals with policies such as ending bilateral tariffs. The AfCFTA met its ratification threshold in April, and the next step is a July summit for African trade ministers of trade to work on how to facilitate the launch.

Aïchatou Kané of Niger, a participant in a panel discussion on the results, said the Economic Community of West African States (ECOWAS) was in the “fast lane” of integration and planned to have its own currency in 12 months. Burkina Faso, Zimbabwe and Tanzania all agreed that integration would boost the continent as a global economic force.

Regional integration is the theme of the 2019 AfDB meeting, which runs through Friday and brought more than 2,000 delegates to Malabo.