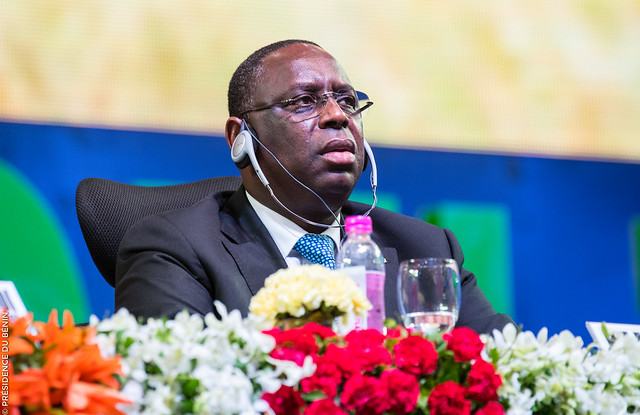 This week, Senegal’s justice ministry ordered an inquiry into the management of the country’s energy contracts after a BBC report alleged that the brother of President Macky Sall profited illegally from the award of two lucrative oil and gas concessions. Sall, who like his brother vehemently denies any wrongdoing, has said he wants “the truth to be restored” and pledged to ascertain the full facts of the case.

Although Sall’s opposition had backed the establishment of an inquiry, the justice ministry’s decision is unlikely to satisfy them. Ousmane Sonko, who lost out to Sall in February’s elections and has become a figurehead of the backlash, has accused his rival of treason and urged the people of Senegal to take to the streets in protest. But before the people heed this call, they should consider the gaping holes in the narrative Sall’s critics are striving to weave.

The BBC alleges that Sall’s brother Aliou received a $250,000 ‘bonus’ from businessman Frank Timis, as well as a lucrative salary and share options, in 2014, two years after Timis’s company was awarded the rights to the concessions. The opposition has been quick to paint a picture of fraternal greed, exacerbated by the fact that BP has since bought the rights from Timis in a deal which, according to the BBC, involved billions of dollars in secret payments.

However, as the BBC report states, the exploitation rights were awarded by Sall’s predecessor Abdoulaye Wade, months before Sall was even elected. As Sall has said this week, he would have faced litigation had he tried to rip up the contract upon taking office. Interestingly, one of the key interviewees in the report is Abdoul Mbaye, who served as prime minister at the start of Sall’s tenure. Mbaye now says that Timis was totally unfit to receive the two concessions and should never have received the exploitation rights, but presumably he felt differently back in 2012, when he counter-signed the decrees authorising the deal.

The opposition’s attempt to cast President Sall in a venal, self-serving light also ignores the clear steps he has taken to clean up corruption in Senegal. When he was elected in 2012, Sall was welcomed as a fresh, vibrant force who could clean up the country after years of corruption under his predecessor.

Under Wade’s regime, his son Karim (who has been accused of attempting to extort hundreds of millions of dollars from telecoms operators) held four separate ministerial posts simultaneously. Bribes were allegedly paid to IMF officials and the judiciary was subjected to undue influence. Even when Wade did something positive by imposing a two-term presidential limit, he then broke his own rule and stood for a third time. In 2013, just months after he left office, the country was awarded a score of just 41 out of 100 by Transparency International.

Sall has embarked on a tireless drive to improve this perception. He has created an agency to investigate corruption and fraud, and forced public officials to declare their assets. Decrees have been signed to abolish opaque practices in key sectors such as mining, and the World Bank has been enlisted to improve public information systems. Seven years into his regime, these initiatives have clearly borne fruit.

Senegal is currently experiencing a period of soaring economic growth, and has earned acclaim for its anti-corruption campaign. In 2018 the country was highlighted as an “improver” by Transparency International, ranked 67th with a score of 45 – nine points up on its score at the end of the previous regime. Even more significantly, the Extractive Industries Transparency Initiative – which monitors the oil and gas industry, a haven of governmental graft according to Sall’s detractors – has declared Senegal the first country in Africa to have made satisfactory progress towards its standard.

Of course, this isn’t to say that Sall’s record has been perfect. But it’s impossible to refute the fact that Senegal is in a better place than it was when Sall took over, or that the President has shown a consistent commitment to transparency. At a time like this, the uproar over the BBC exposé will simply represent an unwelcome stumbling block in the government’s efforts to continue reforms.

As Senegal is going through a period of major growth and modernization, the opposition’s cynical attempt to oust Sall, based on a ‘scandal’ with which he had no involvement, risks undermining everything he has worked for. If these critics wish to root out bad actors among the country’s political elite, there are far more deserving targets for their scrutiny.