Home>Health>Tedros: WHO plans emergency meeting as Ebola spreads to Uganda
By AT editor - 12 June 2019 at 6:02 pm 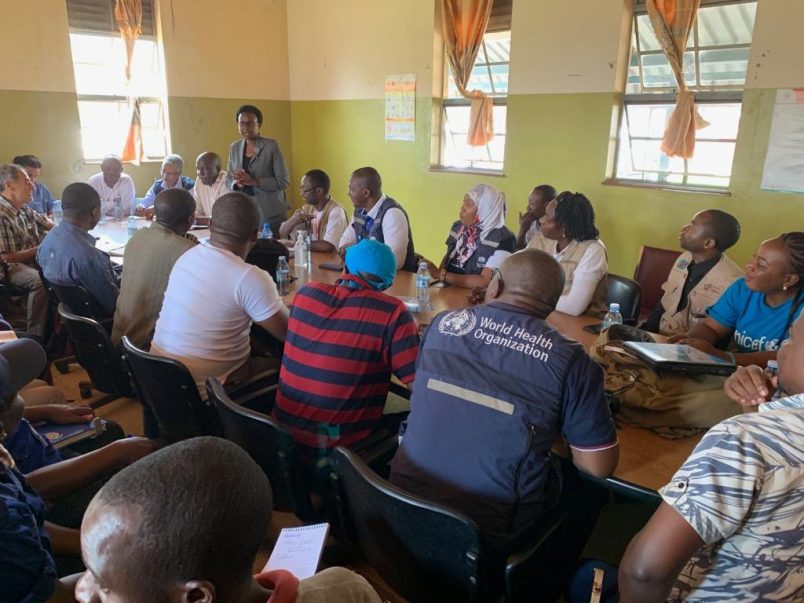 The World Health Organization plans an emergency meeting on Friday, following the news that Ebola has spread from eastern Democratic Republic of Congo into Uganda.

WHO Director General Tedros Adhanom Ghebreyesus said the International Health Regulations (IHR) Emergency Committee will meet in Geneva to determine if the spread of the ongoing outbreak – now nearly a year long – is an international public health emergency. It will be the committee’s third meeting on this outbreak, which so far had remained contained to the North Kivu and Ituri provinces of DR Congo.

Yet there has long been concern that the Ebola virus would jump a border, and WHO Uganda now reports three confirmed cases in the Kasese district. Among them is a 5-year-old boy who died in Uganda after traveling there with his mother from DR Congo on June 10.

The Ministry of Health in Kampala said the other two cases are the 3-year-old brother of the deceased child and his 50-year-old grandmother. At least five family members who remained in DR Congo also tested positive when seen at a health center in the Beni district.

“Eight contacts have been line listed and are currently being followed up,” the ministry said in a statement. It has deployed a rapid response team to the region, and in partnership with WHO plans to begin vaccinations for people connected to the case and local health workers on Friday.

Health officials from Uganda and DR Congo, above, met immediately to discuss the situation. The news comes as parts of eastern DR Congo have seen some modest success in slowing the rate of Ebola transmission and dialing down the community trust and violence that have interfered with the response.

The Congolese Ministry of Health reports 2,071 total Ebola cases in its Tuesday update, 94 of them probable and the remainder confirmed, across 24 monitored health zones. There are a total of 1,396 fatalities.